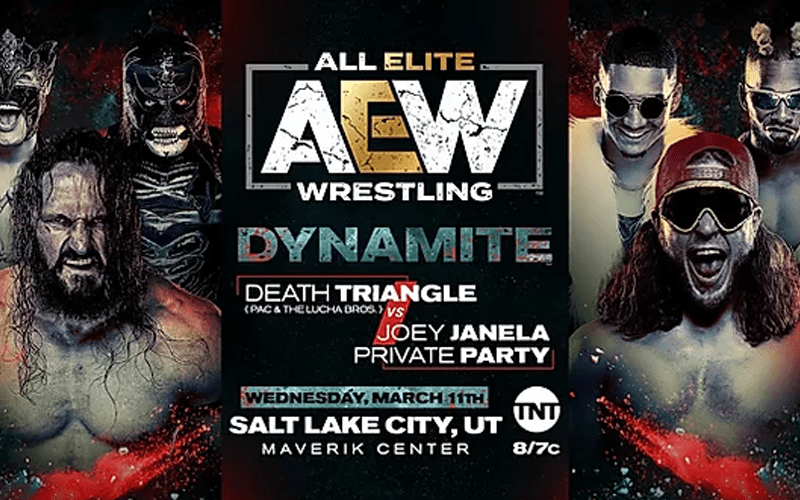 AEW Dynamite is coming to Salt Lake City this week and they have a loaded show planned.

Kenny Omega is injured so Hangman Page will get a mystery partner to take on Chris Jericho and Sammy Guevara this week.

The Death Triangle will have their first match as a stable this week. The Lucha Bros and Pac will prove themselves against Private Party and Joey Janela.

The Butcher, The Blade & MJF are also set to face The Jurassic Express tonight.

Cody will face Ortiz in singles action. Also, you never know if the Dark Order’s Exalted One might finally make their presence known.

Lance Archer is set to make his in-ring debut this week. Jake “The Snake” Roberts will also likely be around to add more drama there.

The company will also reveal the rules for Blood And Guts. We already know the the Elite will face the Inner Circle in the potentially dangerous match. It might be a lot like War Games.