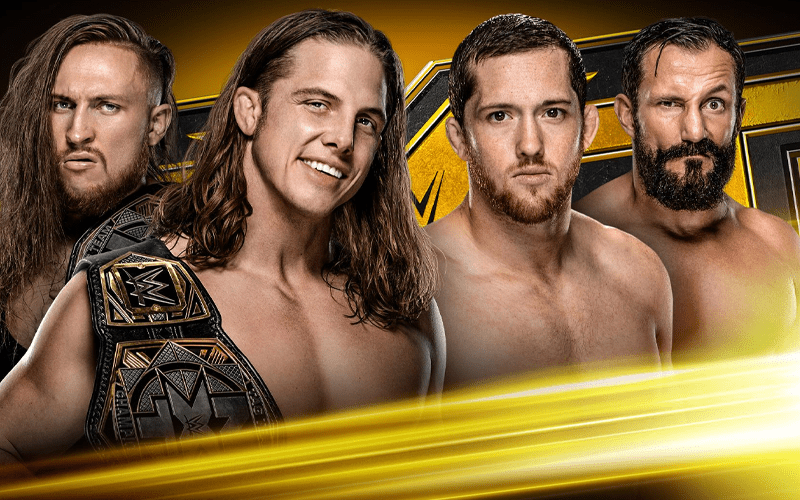 WWE is airing NXT from the WWE Performance Center in Orlando this week. Full Sail University is booked this week, but WWE is making the most out of the situation.

A very special Fan Appreciation night will take place and two titles will be on the line.

The NXT North American Title is up for grabs as Keith Lee defends against Cameron Grimes.

The BroserWeights are also in action. Matt Riddle and Pete Dunne will defend their titles against The Undisputed Era.

Velveteen Dream will also be around and Adam Cole will likely want to talk to him.

Also, Johnny Gargano could have more planned for Tommaso Ciampa this week. You can check out a full bullet point list below from WWE’s official website.