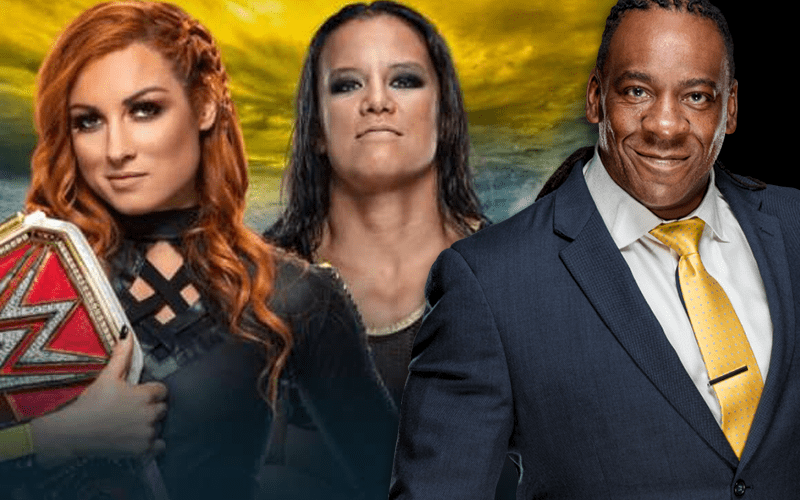 WWE has a few big matches going as they approach WrestleMania 36. Becky Lynch vs Shayna Baszler has received a lot of attention, but Booker T isn’t quite sold on it yet.

The two-time WWE Hall Of Famer spoke about Becky Lynch vs Shayna Baszler during his Hall Of Fame podcast. He went on to explain why this match hasn’t connected with him as it was designed to.

“I’m not sold on it yet. But I’m like this man. I’m thinking about the performance more than anything, I’m thinking about when you go out and perform, you know, in Elimination Chamber…WrestleMania. Those are big moments for me. Going into a match like that. I trust Becky Lynch. Becky has done a lot of good things over this last year, she’s put herself in position to, you know, be called ‘the man.’”

“Becky has been in the ring performing with some, you know, really, really high calibre talent. Such as you know Charlotte, such as Sasha [Banks], who can go out there and really perform [at the] next level.”

Shayna Baszler and Becky Lynch have plenty of stories left to tell in WWE. Some of them might be together, but they could also have plenty more happen apart from each other.

Obviously, WWE didn’t quite hit the mark with Booker T just yet. There are still a couple of weeks left before WrestleMania to win him over.