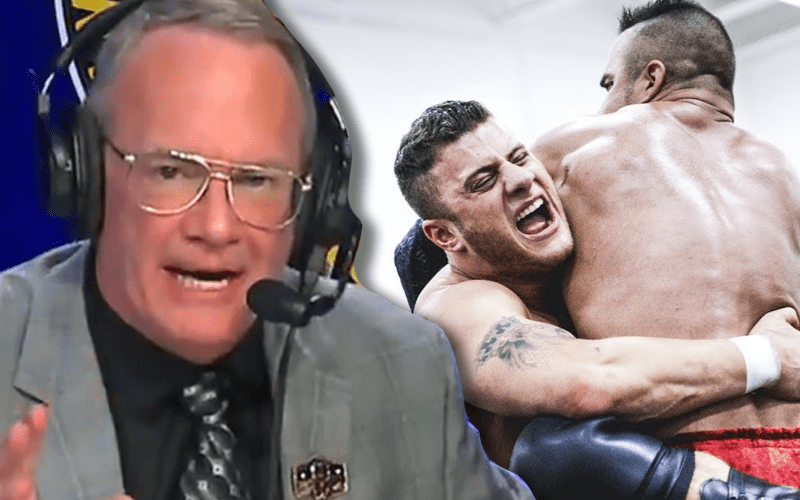 MJF is just getting started in the pro wrestling business and he’s already achieved a lot. He’s now done yet and the AEW star isn’t going to let a stupid spot ruin the rest of his career.

During a recent episode of Jim Cornette’s Drive-Thru, he discussed MJF. The topic was how poorly WWE would have used the Salt Of The Earth. Then Jim Cornette revealed an incredibly dangerous spot that Maxwell Jacob Friedman rejected that earned a lot of respect in Corney’s book.

“He’s been a few places where he’s been able to breakout by being himself and in a place like MLW that let him be himself except for when f*cking Teddy Hart wanted to give him a goddamn f*cking Canadian Destroyer off the top of a ladder through a f*cking table for f*ck’s sake.”

Jim Cornette was asked by his co-host Brian Last if MJF rejected that spot and Cornette replied: “Ya think?!” He then continued to put MJF over as someone who protects the millions of dollars he is going to make in his future.

“That’s another reason why I love this kid because he knows now to do stupid sh*t that will prevent him from making millions of dollars in the future.”

MJF isn’t afraid of doing a spot to pop the crowd, but there are limits. It’s good to know that he’s not about to risk everything for one move. At this point in his career he has a lot ahead of him. MJF obviously wants to experience everything possible for him in the pro wrestling business.