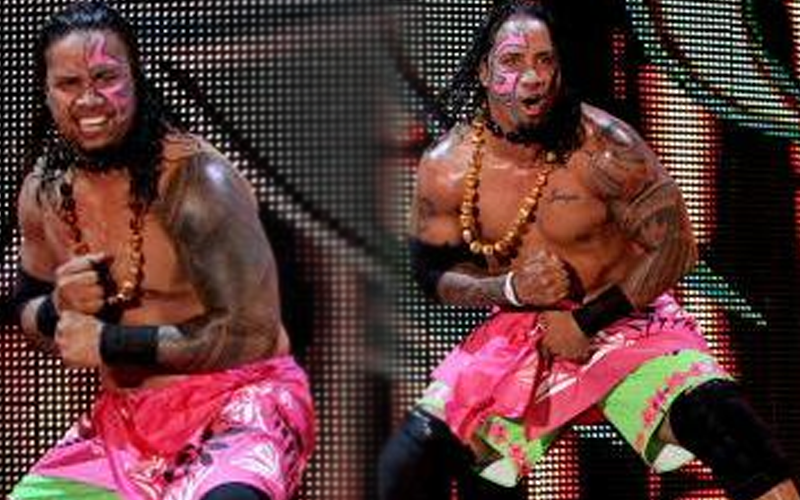 Many WWE fans remember Jimmy and Jey Usos first appearing on their television screens while doing a traditional Samoan war dance. It was a hallmark of their character for a while and complimented the face paint the twins wore as well. It took Vince McMahon a long time to come around to that entrance.

During The New Day: Feel The Power, The Usos discussed their dancing entrance. They pitched the idea to Vince McMahon and then everyone seemingly forgot about it. Then a year later, McMahon wanted to see what they were talking about as Jimmy Uso revealed.

Vince McMahon wants to do things his way. His timing has a lot to do with it as well. Perhaps we’ll see the Usos make a return to their former Samoan chant gimmick. For not they seem happy welcoming people to the Uso Penitentiary.