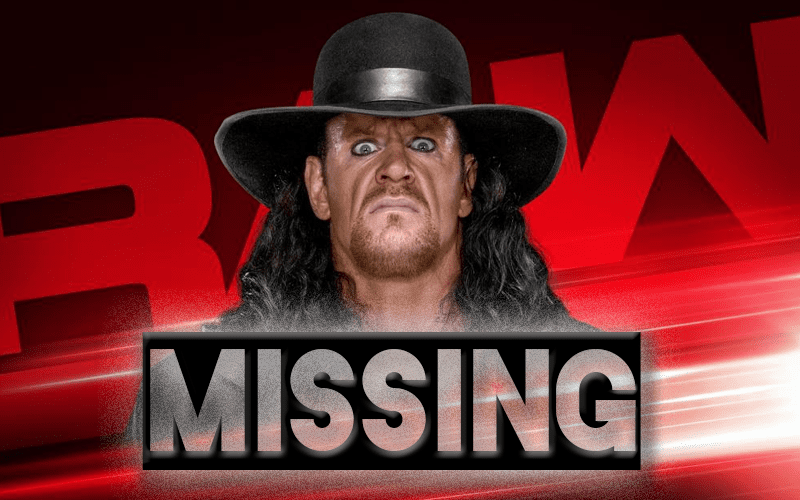 AJ Styles issued a challenge for The Undertaker last night during Raw. He called the Dead Man out by referencing his real name Mark Calaway on television. He even called out Michelle McCool for being conniving a week after she called out WWE for ignoring her. Where was The Undertaker?

Taker was slated to be on Raw this week. He was there backstage, but PW Insider reports that he just wasn’t used.

While he did not appear on Raw, The Undertaker was backstage last night.

The Undertaker will be on Raw next week. He is already being promoted for a contract signing with AJ Styles to make their WrestleMania match official.

Their feud got real this week as Styles called out Taker by his actual name and dragged his wife through the mud. Let’s see which version of The Undertaker shows up on Raw next week.