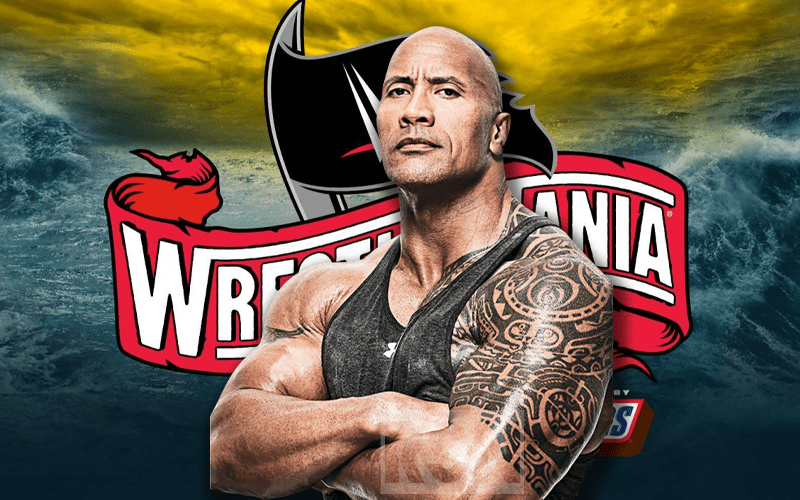 The Rock was last seen on WWE television when Friday Night SmackDown debuted on FOX. His daughter Simone Johnson is now at the WWE Performance Center, but we still haven’t heard about The People’s Champ making it to WrestleMania 36 yet.

During Wrestling Observer Radio, Dave Meltzer revealed that he hasn’t heard anything about The Rock coming in for WrestleMania this year. It sounds like WWE hasn’t even made a plan to invite him in for.

“The only rabbit they could pull out of the hat that’s bigger than Austin is Dwayne [Johnson], you know and I don’t sense that. I don’t know it’s interesting because you know Dwayne does eventually get involved in some form even just a promo for Mania and I haven’t heard his name mentioned at all.”

Roman Reigns already laid down a big challenge to face his cousin The Rock at WrestleMania 37 when they go Hollywood.

WWE loves having The Rock around. He brings a lot of attention to whatever the company is doing. At this point there’s been no talk of even bringing in The Great One for WrestleMania this year.