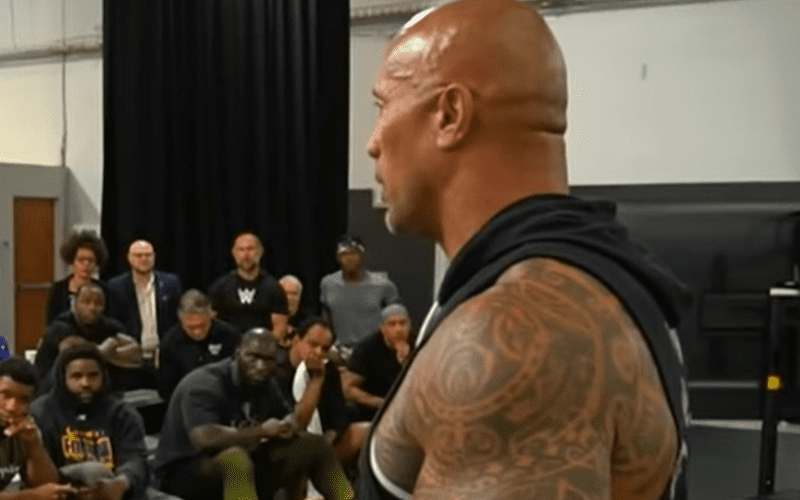 The Rock’s daughter Simone Johnson signed a WWE contract and she is on her way to become the first fourth-generation Superstar in WWE history. Simone Johnson has been around the WWE Performance Center for a while, but she just made it official this week.

While speaking to Cathy Kelley, Johnson spoke about how her famous father was able to come in and spend a day at the WWE PC. She loves spending time with The Rock and now they have something to share that they both love.

“I have. He came down to the Performance Center for a day. It was great because he got to see everyone here and he got to see kind of how our culture is here. Obviously, I love spending time with them. To be able to train with him and do something that I know we both love was great.”

The Rock is an incredibly busy man. He was able to come in and spend some time at the WWE Performance Center which should serve as another example of how supportive The People’s Champ is of his daughter’s aspirations to follow in his footsteps.