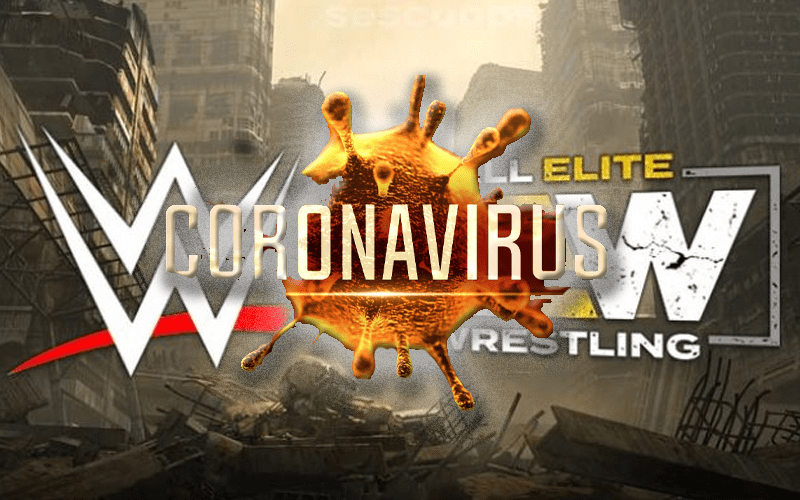 The coronavirus is not going away. More cases are popping up all over the world. At this point, hundreds of Americans in the USA have the virus and over 100 countries have documented cases. WWE is still carrying on with their biggest event of the year on April 5th.

“Look, people just talk about WrestleMania, and it ain’t just WrestleMania. Look, if WrestleMania is canceled or whatever or held in an empty stadium or something like that then everything will be.”

“WrestleMania will be one of the last ones when you know it’s close is when we start hearing about NBA and NHL games and baseball games being held in empty stadiums and you know, every team in Major League Baseball and every team in the NBA and every team in the NHL is already preparing for that possibility. It’s not like this is an outlandish crazy thing. It’s being talked about in every league. It’s being talked about in AEW and WWE because it has to be. It would be negligent to not, whether you use them we’re pretty close. I mean, this is not a good situation at all.”

WWE issued a strict no touching policy for Superstars to help avoid to coronavirus. The company also held a backstage meeting for Superstars before RAW recently.

Concerts, events, and conventions all over the USA are being canceled or changed. This could be a bad situation is people aren’t careful.

It would take a lot for WWE to cancel WrestleMania or hold the show of shows in an empty stadium. They might need to make some plans for possible empty area events just as the rest of the world is doing.