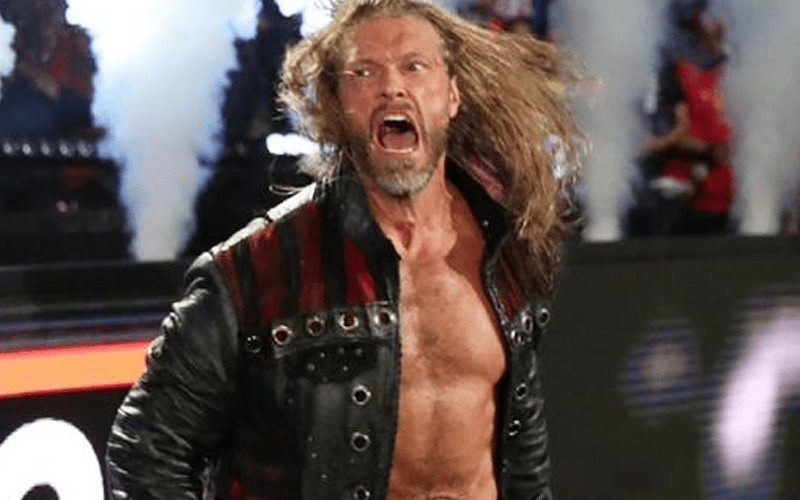 Edge watched from home as his wife Beth Phoenix took an RKO last week on WWE Raw. He will be on the show this week and it looks like Edge is gunning for Randy Orton.

Click here for our complete results from WWE Raw last week to get caught up.

Edge will be on WWE Raw this this week. This was originally reported weeks ago on February 18th by Brad Shepard.

His intentions haven’t been confirmed, but he’s likely going to want something to do with Randy Orton. The two have a date at WrestleMania 36 that they must confirm soon.

Edge sent out a tweet with a picture of himself. He’s a little out of focus, but he appears furious. This is likely going to be his mood when the Rated R Superstar shows up on WWE Raw.

We will have full coverage of WWE Raw right here at Ringside News. You an check out the image below.