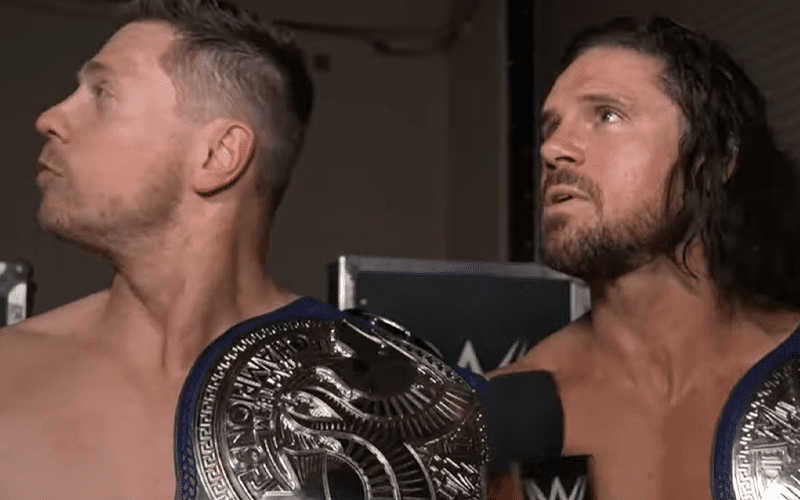 The Elimination Chamber was a good night for The Miz and John Morrison. It was a tough match, but they left Philadelphia as SmackDown Tag Team Champions.

The Miz and John Morrison were obviously happy with themselves after retaining the SmackDown Tag Team Titles. When asked if they had any doubts, John Morrison said “no,” because “that’s not what winners do.”

The A-Lister said they went against the best of the best in their first SmackDown Tag Team Title defense and they won. This was followed by John Morrison saying that they are the greatest tag team of the 21st century. Be jealous.

It was a nice and short backstage interview. At least John Morrison didn’t use any profanities. Click here to see Morrison drop the S-Bomb during the WWE Elimination Chamber kickoff show.