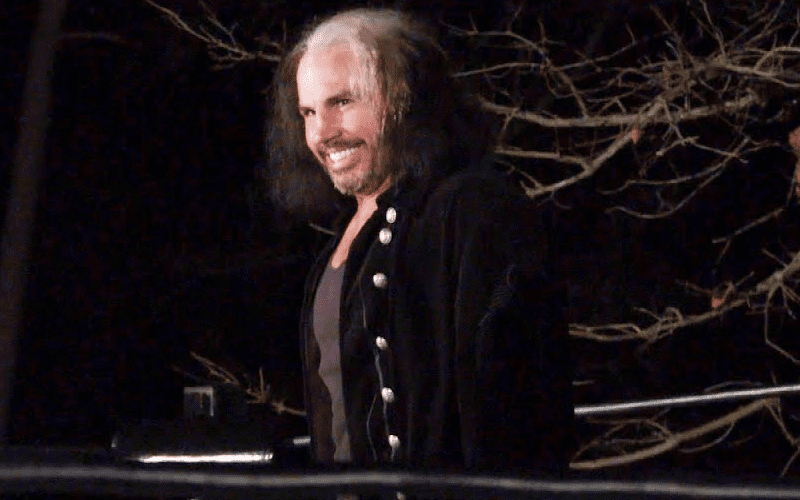 Matt Hardy’s Ultimate Deletion matches are presented in a way that only the House Hardy can film. WWE apparently liked the match idea, but it took them too long to follow through with the deal.

While speaking to PW Insider Elite audio, Matt Hardy spoke about his Ultimate Deletion special in WWE. Apparently, the company ordered two more specials right before he decided to go.

“I think the creative guys [got the Broken character] you can say it’s them, but it’s not them. I mean you see it all the time. Vince is the one. If he wants something to happen, it’s happening.”

“The Halloween special, myself and JB [Jeremy Borash] and what we did. I had creative control. This is very sad for me in many ways because in January I learned that they green-lit two other House Hardy specials because the first one did very well. I mean I tried to get them to do it forever like I’ll write things things and do it all myself these things and knock it out.”

He said they tried hard to get Vince McMahon to approve it, but he wouldn’t. Writers and producers didn’t want to upset McMahon so they only had to wait for his approval before moving forward.

Hardy said that WWE did have plans to bring back the Ultimate Deletion match concept. They were still behind the character. It just took so long inside the WWE Machine to get anything approved that by the time he got the okay to film more specials, Matt Hardy already made his decision to exit.