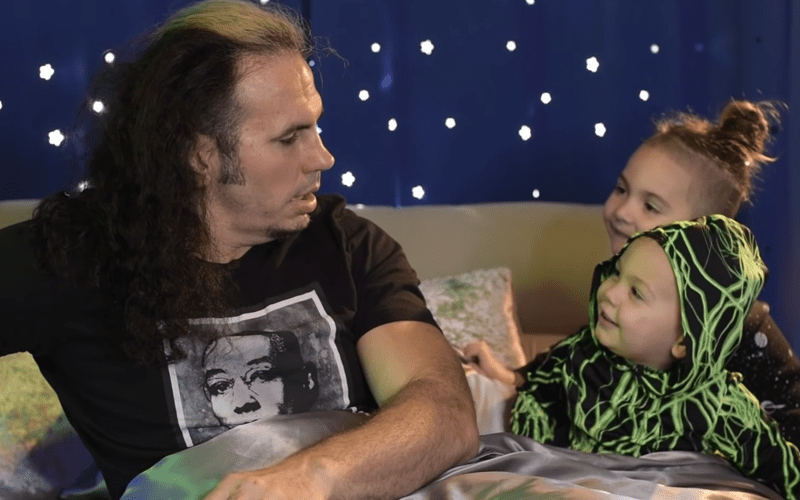 Matt Hardy really wants to Free The Delete. He has released several videos on YouTube telling a pretty crazy and entertaining tale. That being said, this has nothing to do with WWE.

One fan asked a “million dollar question” as he put it. He wondered if WWE was behind these videos or if this was a Hardy original. Reby Hardy soon spoke up to clear the air. She also couldn’t resist taking a shot at WWE’s production quality in the process.

Does this look like a WWE production ? It’s missing a single wrinkly blue curtain.

Queen Rebecca is a multi-talented individual. She can not only act, play piano, etc… but she can also produce and film as well.

Matt Hardy has yet to make a return to television since Jeff Hardy’s injury. Now with Jeff’s legal issues we wonder what is next for Matt Hardy in WWE. Perhaps Vince McMahon should give Reby a call to help out.