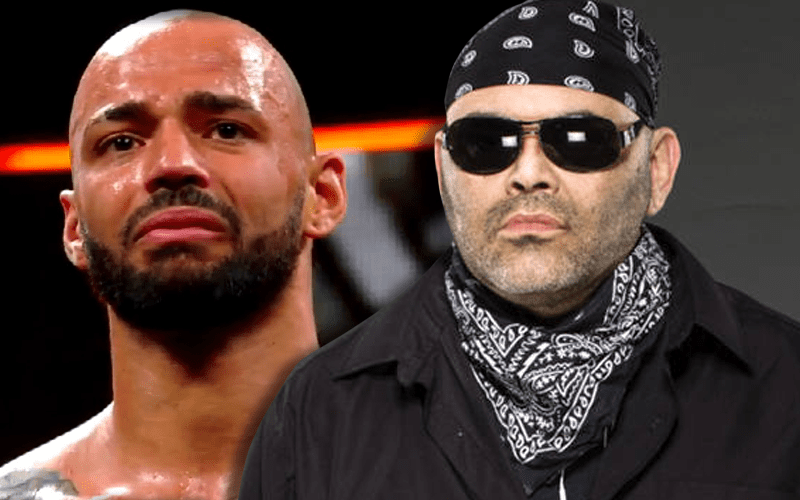 Ricochet had a WWE Title match in Saudi Arabia, but he was squashed terribly. The next time fans saw him wrestle on RAW, he lost to Riddick Moss.

Some fans are starting to grow concerned for Ricochet’s future in WWE. They are not alone because Disco Inferno and Konnan share that thought.

During Keeping It 100, Disco Inferno brought up Ricochet’s booking in WWE. He wondered if Ricochet might have backstage heat or said something wrong backstage to warrant this kind of burial.

“Did you see the way that they’ve booked Ricochet in the past couple of days? I would like to know based on the way he’s been booked if he said something or he spoke out and said that maybe the way they booked him against Brock maybe he didn’t like it and he said something?”

Konnan said that he sensed Ricochet might have heat after watching how he was treated on RAW. “Yeah, bro they’re just burying him. Does he have heat?”

Disco Inferno reiterated the fact that Ricochet was squashed by Brock Lesnar at WWE Super ShowDown. This was followed by Ricochet losing a WWE 24/7 Title match to Riddick Moss. His stock has plummeted and there doesn’t seem to be a reason why.

“He was beat by a nobody. I mean talk about dropping someone’s stock I mean plummeting — that’s like the coronavirus. You know how it hit the stock market his stock just plummeted in like three or four days.”

They continued by reading a transcription done by Ringside News where Dave Meltzer discussed how Vince McMahon has given up on The One And Only.

We’ll have to see what’s next for Ricochet, but he is certainly not getting the kind of spotlight that a lot of fans would prefer.