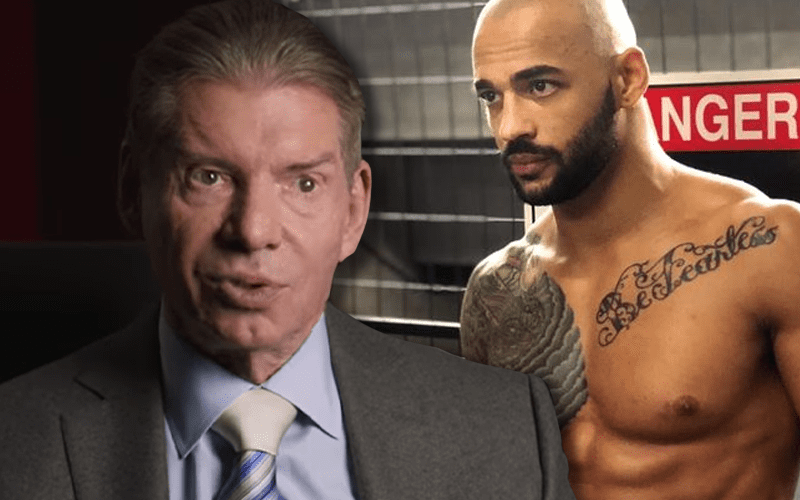 Ricochet is coming off of a squash match at WWE Super ShowDown. He was booked as an underdog and then he was destroyed by Brock Lesnar. They didn’t do much to help his character this week on RAW.

During Wrestling Observer Radio, Dave Meltzer opened up about Ricochet’s recent treatment. Vince McMahon is now “burying” The One And Only. It seems like McMahon lost interest in Ricochet already.

“I don’t know what the mentality is. Obviously… Ricochet’s done. I mean maybe they will… but, it’s Vince! You know he may change his mind next week, but this week he’s done. He’s so done. You know this was a burial without a doubt.”

“Who knows? He just gets these things in his head like with Cedric Alexander he was supposed to get a big push and Vince just buried the guy and now he’s burying another guy.”

We’re not certain about what kind of contract Ricochet signed. If WWE got him to sign a new five-year deal when he was called up to the “main roster” then that means he’ll be around for quite a while longer.

Perhaps Vince McMahon will eventually change his mind about Ricochet. It wasn’t a good week for him in Brooklyn. He couldn’t even defeat Riddick Moss for the WWE 24/7 Title.