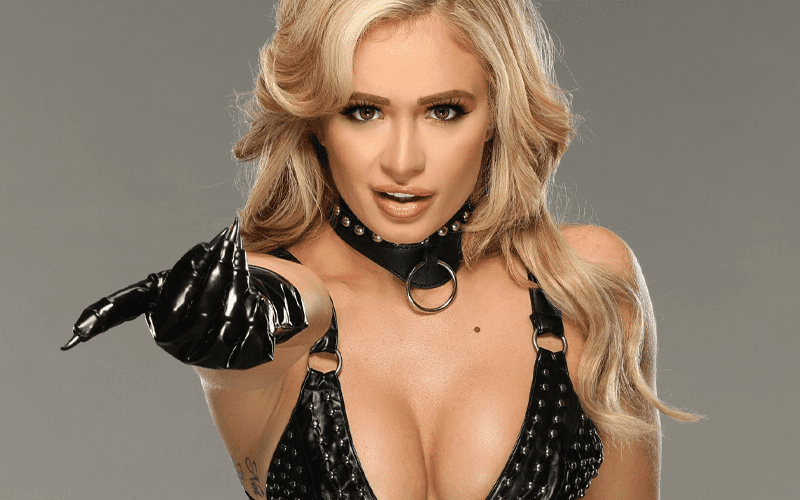 Scarlett Bordeaux was released from Impact Wrestling, but she didn’t remain a free agent for long. She signed with WWE, but has yet to make her NXT debut.

Bordeaux’s boyfriend Killer Kross is widely thought to have big things in store for him. Many think that WWE is teasing his impending debut on SmackDown with glitches featuring timepieces and envelopes.

Fans are speculating if Killer Kross and Scarlett Bordeaux will debut together. She remains at the WWE Performance Center and is promoting NXT on her social media.

The Smoke Show sent out a very interesting tweet on Wednesday to promote NXT. She asked “Are you watching closely?” Bordeaux also used #TickTock which is Killer Kross’ catchphrase.

Some believe that Killer Kross is bound for NXT. The company aired a teaser trailer that some people interpreted as a hype video for his NXT debut.