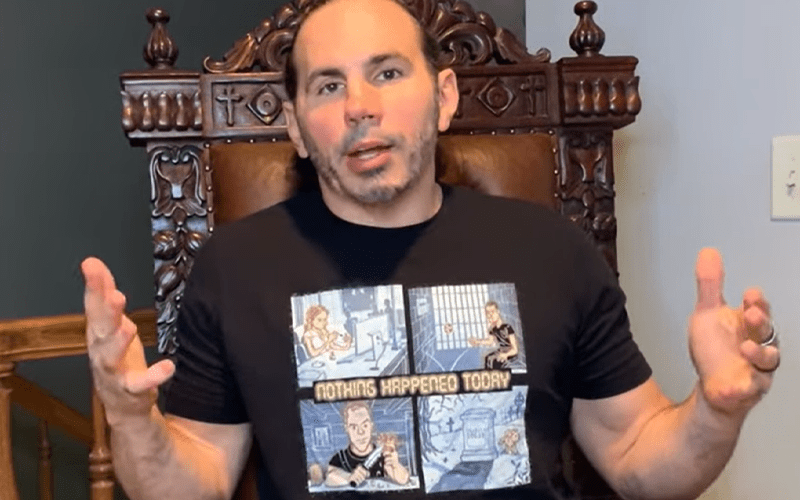 Matt Hardy’s WWE contract ran up when March 1st ticked down. It was a big day for Matt Hardy and now he is a free agent.

Hardy released another video called “Thoughts From The Throne” where he announced his free agency.

During the video, Hardy explained that he decided to let his WWE contract expire. He said that he was on “different pages” than WWE was. Now Matt Hardy says he is weighing his options.

As we previously reported via Brad Shepard, Matt Hardy is highly expected to sign with All Elite Wrestling. He’s been sending lots of interesting messages recently as well.