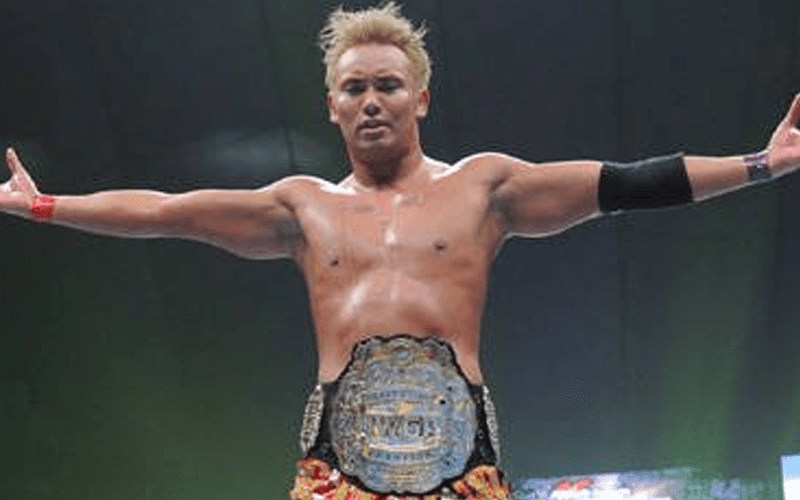 Kazuchika Okada might be the best professional wrestler on the planet depending on who you ask. The bottom line is that he is one of NJPW’s top stars.

Okada could have interest in a lot of different places if he decides to leave New Japan Pro Wrestling. Triple H is reportedly very interested in signing him.

The Rainmaker spent some time in TNA back in the day. He became good friends with The Young Bucks there, but it was mostly because all three were underutilized in TNA.

Kazuchika Okada opened up his Instagram story for a Q&A. One question asked: “Free agent soon? AEW or WWE (NXT).” Okada had his own reply as he said: “TNA.”

It’s highly doubtful that TNA will ever see Okada wrestle for them again. We’re also not even certain when Okada’s contract is up as NJPW deals are usually kept close to the vest. It’s nice to see that Okada still has a sense of humor about the situation.