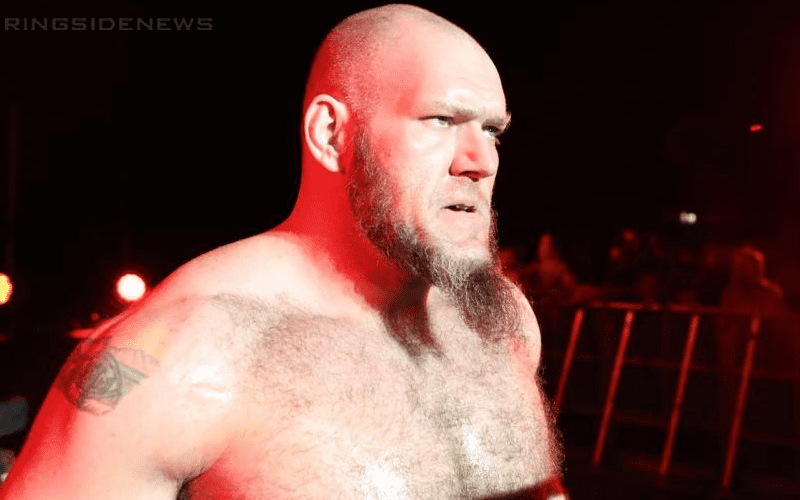 Lars Sullivan was set to receive a monster push in WWE, but things didn’t work out for him at all.

Tons of politically incorrect message board posts came to light that he wrote on a bodybuilding forum years before signing with WWE. This later resulted in a legit $100,000 fine.

Sullivan was also slated to debut in a program against John Cena for last year’s WrestleMania. A panic attack caused him to go home for months and scrap that Mania angle.

The Wrestling Observer Newsletter noted that Lars Sullivan should be ready for a return from injury “fairly soon.” The issue is that his name hasn’t been mentioned at all recently.

Sullivan underwent knee reconstruction surgery in June, so should be ready fairly soon. His name hasn’t been mentioned at all of late.

WWE doesn’t want to let a guy like Lars Sullivan go. They don’t want to release anyone. You also have to wonder if someone with The Freak’s track record would have interest from AEW.

It’s probably a safe bet that he’d wind up in some pro wrestling company if WWE released him. For the time being, Lars Sullivan is still under WWE contract and we can only assume he’s working toward his return.