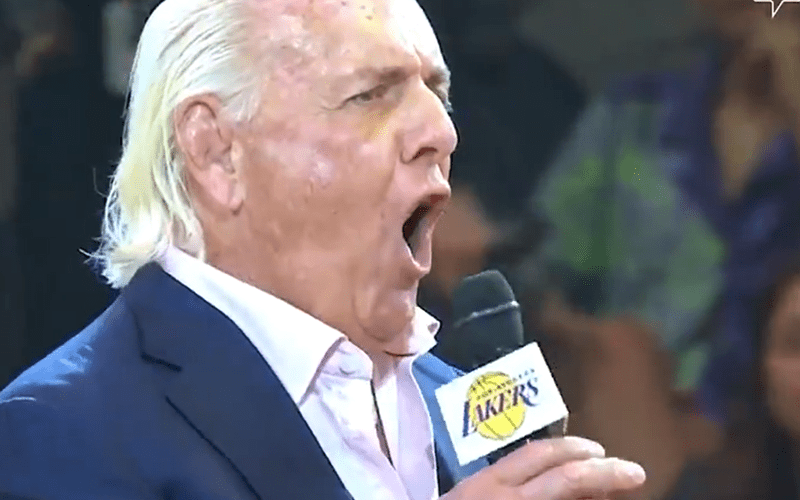 The Los Angeles Lakers welcomed Ric Flair to last night’s game against the  New Orleans Pelicans. The Lakers won 118 to 109 and they might have Flair to thank for it.

The Nature Boy took the court during the game and cut a promo on the crowd. He called the LA Lakers the greatest franchise in sports and LeBron James is the greatest athlete in the world today.

You can check out the video below to watch Ric Flair’s little mid-game promo.