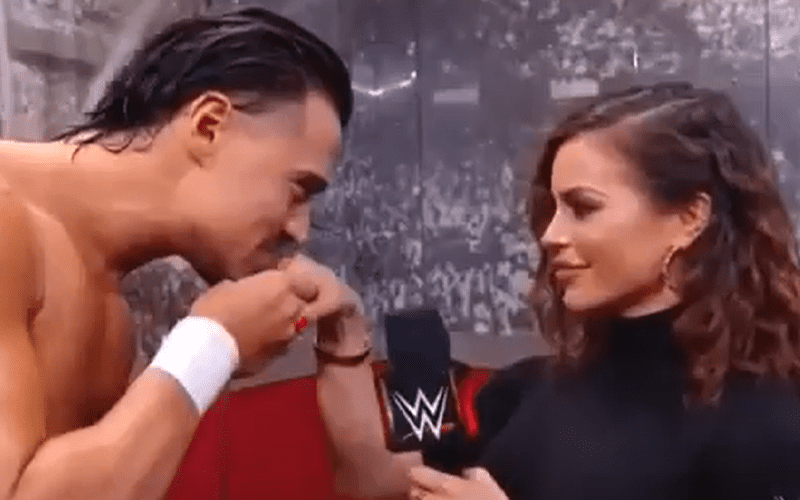 Angel Garza debuted on WWE RAW a few weeks ago because Andrade was taken out of action after failing a WWE Wellness Policy test. It’s unclear if El Idolo even took the test, but he was still suspended for 30 days without pay.

Garza did propose marriage to his fiance inside a WWE NXT ring recently. That was NXT because apparently he’s a real ladies man on WWE RAW.

Angel Garza kissed Charly Caruso’s hand last night during RAW. This was a way to close out the backstage interview that Caruso probably didn’t see coming. Later on when she saw the clip, Caruso replied back using some emojis with hearts as the eyes.

Zelina Vega seemed to appreciate this emoji reply from Charly Caruso. She answered back with an animated gif of Zach Galifianakis applauding while using baby doll hands.

We’ll have to see what’s next for Angel Garza. He apparently isn’t going away when Andrade returns because he is booked in a tag team match with Andrade next week on RAW against Humberto Carrillo and Rey Mysterio.