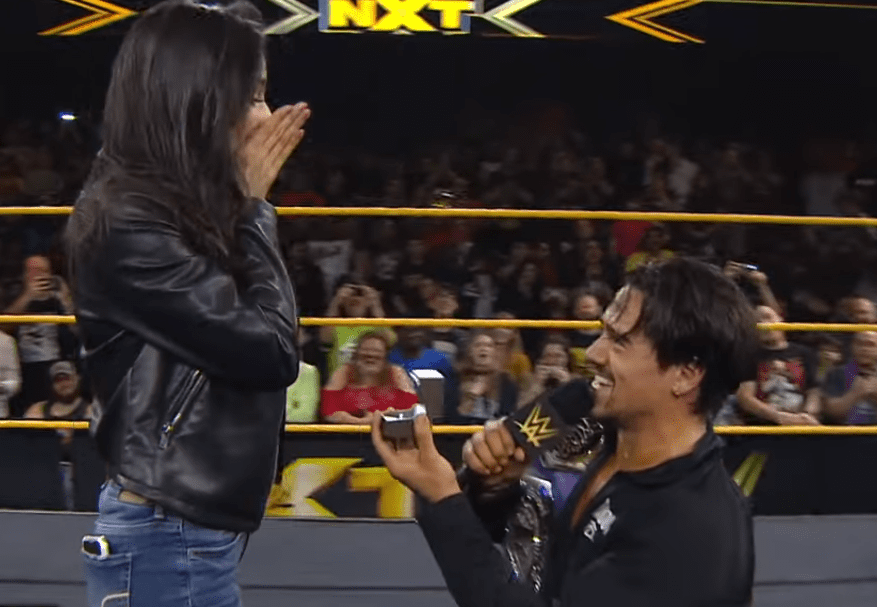 Angel Garza was in a huge match last night on WWE NXT. He faced Lio Rush for the NXT Cruiserweight Title and that was all Garza’s mother knew. She had no idea that she would be witnessing two huge moments in her son’s life at once when attempting to surprise him.

After he won the NXT Cruiserweight Title, Angel Garza came back out to the ring in street clothes. He brought his girlfriend into the ring and proposed to her. She said yes and it was a huge moment for him.

Angel Garza’s mother just so happened to be there for that as Bryan Alvarez explained on Wrestling Observer Radio.

This was a huge moment for Angel Garza followed by an even bigger one. It’s funny how things can work out like this sometimes because his mother just thought that she would be surprising her son, but Garza had a couple unexpected moments waiting on his mother as well.