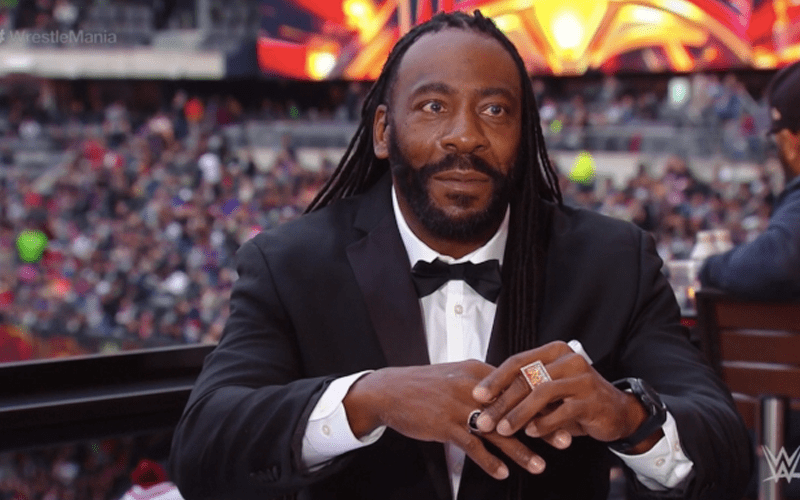 Booker T had to overcome a lot before even stepping in the ring. He was arrested and ended up in jail when he was a younger man. That is an experience he isn’t shy to talk about.

While speaking to Chasing Glory, Booker T discussed his arrest for marijuana. He was incarcerated for that offense, but when he got out one guard had something very interesting to say to him.

“When I got out of prison there was a guard and he was on a white horse and a big hat he says: ‘I’ll see you when you get back.'”

Booker T said that he didn’t think the guard meant anything malicious by that, and he hopes that it was actually motivational. Years later he met that same guard again, but it was under much different circumstances.

“I actually saw him after that at one of the WWE shows. He actually gave me a big thumbs up like, ‘You did it!’ So, I think that’s why I saw I don’t know if he was a bad guy or not. Maybe he was saying that to motivate me. Maybe he said that to everybody so they won’t come back.”

He never saw himself as a prison person and he didn’t ever want to go back. Booker T had a choice to make and he decided to change his life.