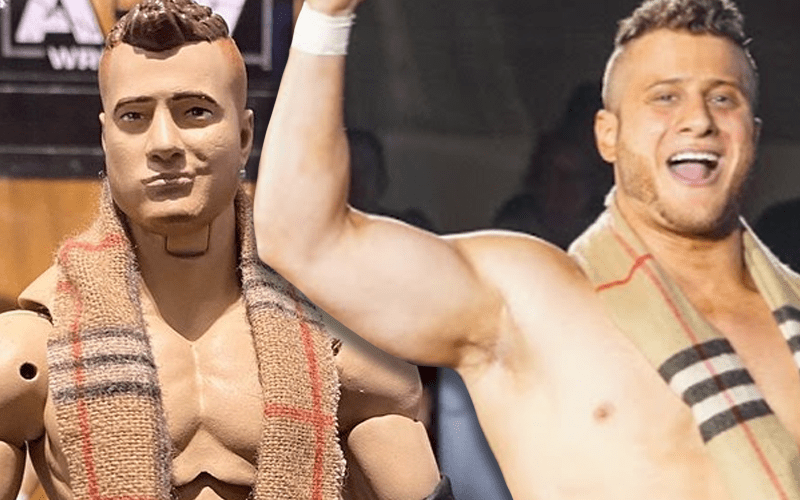 MJF is better than you, and you know it. Now fans will be able to buy their very own miniature Salt Of The Earth.

AEW revealed their upcoming toy line. They have some big plans with Wicked Cool Toys. At the New York Toy Fair even more designs were revealed. This included MJF.

Ringside Collectibles tweeted out an image of the upcoming MJF figure. He is complete with a Burberry scarf and an AEW microphone. The detail on this figure is quite good.

The upcoming AEW toy line is coming out later this year. No exact release date has been announced. These figures could be hard to find so hopefully, Wicked Cool Toys makes enough of them.

You can check out other pictures that were taken of the upcoming AEW action figure line below.