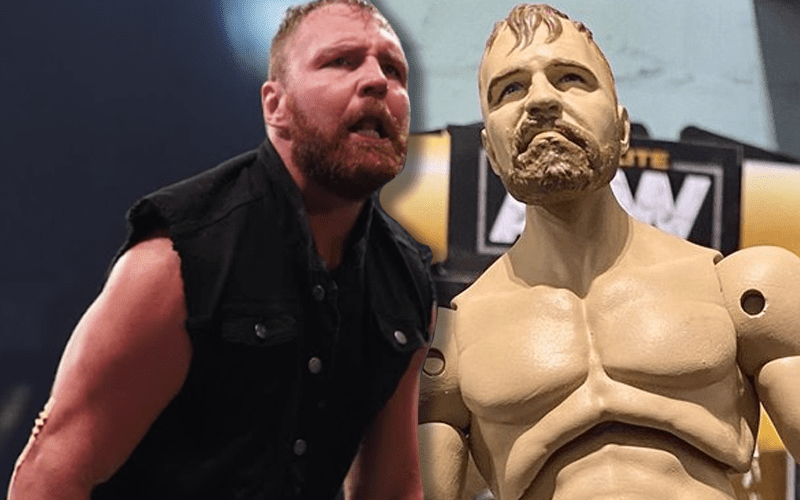 WWE made a lot of action figures for Dean Ambrose, but Jon Moxley hasn’t received an action figure until now.

AEW revealed their new line of Wicked Cool Toys action figures. They made the big reveal during a video on Dynamite. Fans were wondering why Jon Moxley wasn’t featured.

Mox is getting an AEW action figure. It was revealed at the New York Toy Fair. You can check out the image below thanks to Ringside Collectibles.

The attention to detail is great. Hopefully, they’ll be able to whip up an eye patch in time for the release.

This upcoming action figure line is exciting fans. MJF’s figure was also revealed, and the entire AEW fan base will probably be clamoring for these hot-ticket items once they drop.