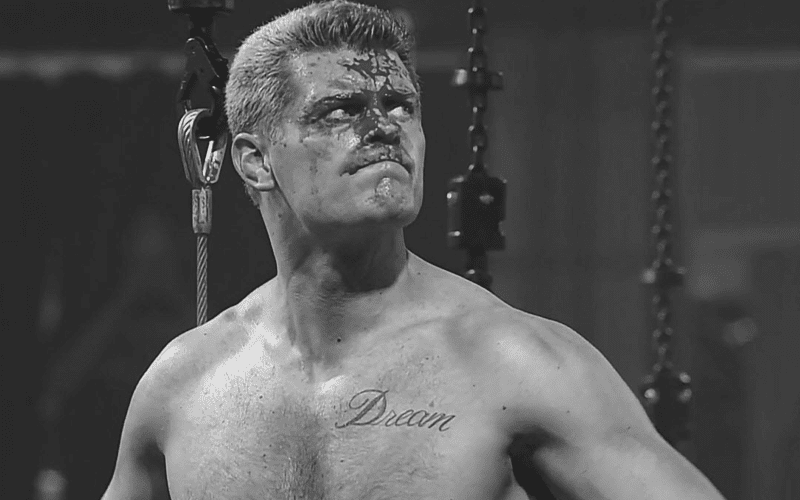 AEW Dynamite brought their first show to Atlanta this week. They ended the match with a historic first-ever steel cage match between Cody Rhodes and Wadlow.

This cage match marked Wardlow’s debut match for AEW. There was a lot at stake. If Cody was able to win then he secured his match against MJF at AEW Revolution on February 29th.

Cody Rhodes was busted open when his head hit the steel cage. He started bleeding badly as Wardlow continued to punish his forehead where he was conveniently bleeding from.

Wardlow pushed Cody out the cage door. MJF tried to get Arn Anderson to hit Cody with the cage door “DO IT JUST LIKE YOU DID TO HIS DADDY!” MJF yelled. Finally, Arn smashed MJF with the door instead.

Cody hit a low blow on Wardlow and then he grabbed Dynamite Diamond Ring. MJF tried to climb the cage, but Brandi Rhodes whacked him with a chair. He no-sold the chair shots and then he acted like he was going to hit Brandi. Suddenly, Arn Anderson took MJF out once again.

Cody Rhodes climbed all the way up to the top of the cage and he hit a moonsault from the top on Wardlow to win the match.

Now Cody Rhodes vs MJF will go down at AEW Revolution on February 29th. It wasn’t easy for Cody to make that match happen either.