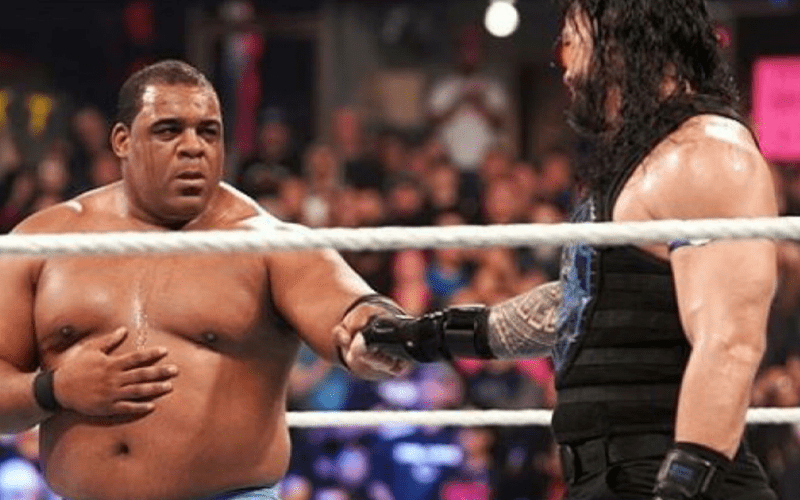 Keith Lee had a breakout performance at the 2019 Survivor Series event. He earned a lot of respect in the process, especially from Roman Reigns.

The Big Dog gave Lee a fist bump after the match was over. During his appearance on WWE Backstage, Keith Lee discussed that intense day. He also revealed that Roman Reigns told him afterward.

“That day was obviously just as intense. I didn’t know what was going on and I ended up being the last three to remain in that match. It was quite the squabble with Roman Reigns who was the last to kick out of a Spirit Bomb for crying out loud and he speared me out of my boots onto my neck. After that, that moment set a tone for me. After that he told me straight-up that ‘I want a one-on-one match against you.'”

Keith Lee’s career in WWE is just getting started. Odds are he’ll have plenty of time to get in the ring with Roman Reigns once again. The Big Dog is apparently waiting for it.