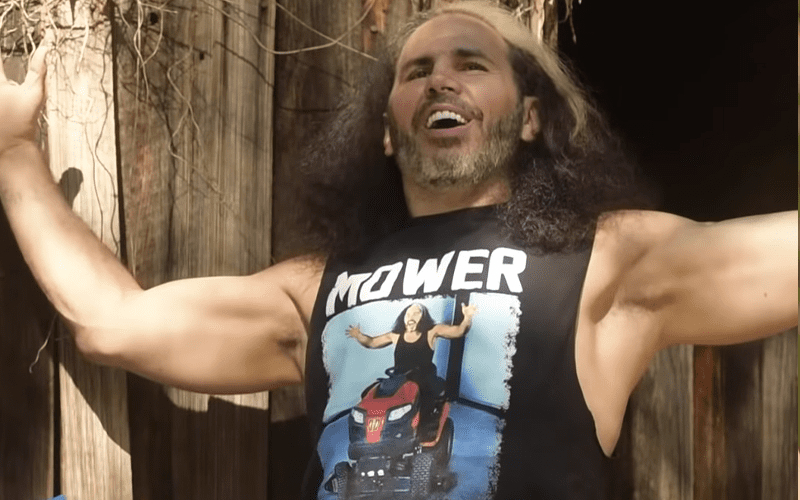 Matt Hardy said goodbye to WWE and then they booked him in a no holds barred match the following week. This is very interesting, and it has caused some fans to wonder if WWE was able to get Hardy to sign a new contract.

We previously reported that the Matt Hardy and Randy Orton segment did very well this week on Raw. It was the second-highest rated segment.

WWE figured that they would use Hardy again to capitalize on him while he’s still under contract. Dave Meltzer confirmed on Wrestling Observer Radio that Matt Hardy has not signed a new deal with WWE.

At this point it appears Hardy will be leaving WWE on March 1st. Jeff Hardy’s contract is a much different story. It’s been frozen for quite some time due to an injury and other personal issues involving his DUI arrest.