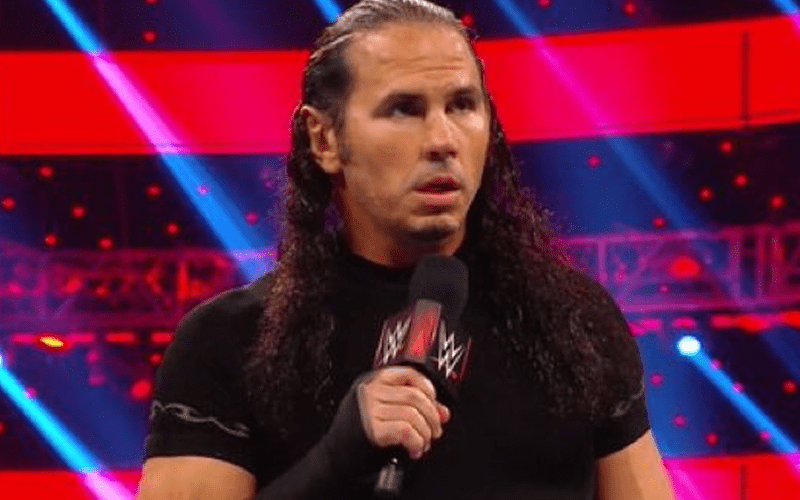 Matt Hardy came out this week to have some words with Randy Orton. The intention behind Hardy’s appearance was to hype Orton vs Edge at WrestleMania, but it could have also been a way to say goodbye.

Matt Hardy ended up taking a conchairto from Randy Orton. A lot of fans seemed to take this as a way to write Hardy off of television. That might be the case.

Hardy tweeted out: “GOODBYE” during Raw this week. He also included a link to Free The Delete Episode 9. This might have been the last time fans will see Matt Hardy on Raw for a very long time.

We previously reported that Matt Hardy was still talking to WWE about a new deal. He had yet to sign anything. From the sound of things he might have decided to move on.