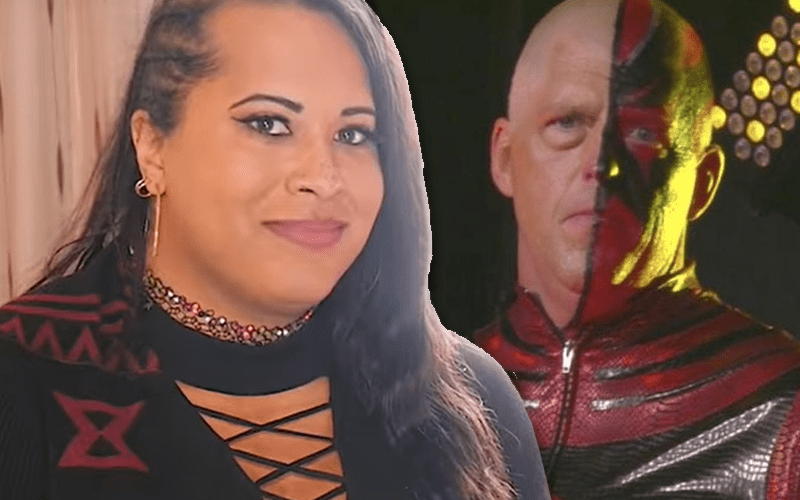 Dustin Rhodes was very proud of Nyla Rose as she became the second AEW Women’s World Champion this week on Dynamite. There was a wave of controversy that followed as many fans came out with transphobic comments.

This onslaught of negativity brought an advocacy group to speak up about it. Nyla Rose treated it like water off a duck’s back and wondered if Donald Trump will be calling for a White House visit.

Dustin Rhodes read enough negative remarks that he had to speak up. The Natural tweeted out that he is sick of the transphobic remarks. His son is transgender and the hateful comments he reads are really hurtful. In the end, he said get steppin’ or shut the f*ck up.

Sick of this transphobia crap. My son is Trans and it saddens me to see so many hateful people on the attack! Get over yourselves and stfu! #KeepSteppin

Nyla Rose’s status as a transgender woman will likely bring plenty more fans to comment negatively about her and AEW. It doesn’t seem to be bothering them as this additional attention caused them to trend worldwide during the show this week for a reason.