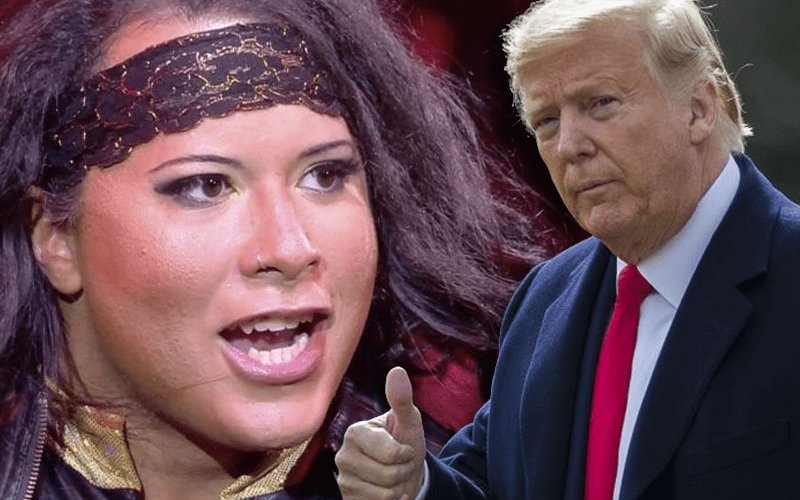 Nyla Rose is a world champion now and she wants to be treated as such. If other major sporting teams can get a White House invite, then the Native Beast should be getting a call from Trump’s team too.

The new AEW Women’s World Champion tweeted out a message to Donald Trump. She just wanted to know if 45 was down for some hamberders and convfefe.

Hey @realDonaldTrump I won a major Championship. You inviting me over for some hamberders and covfefe or nah?

Odds are Nyla Rose won’t get a response from Donald Trump about a White House brunch. That doesn’t mean that she should be any less happy about pulling down the AEW Women’s World Title.