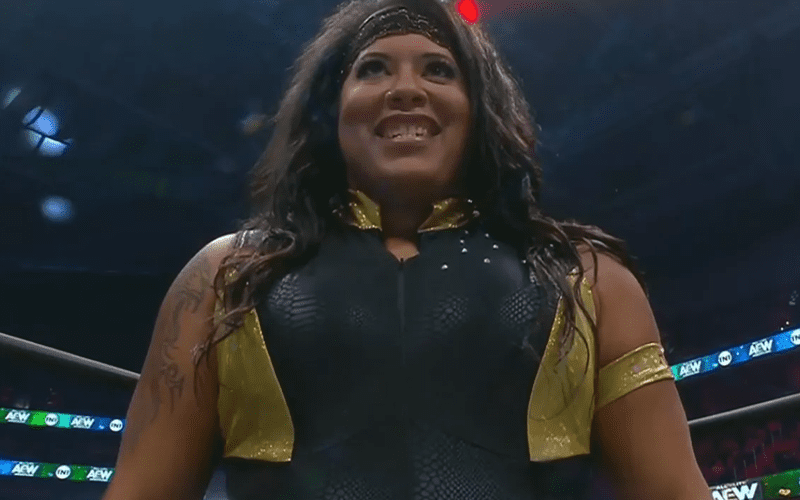 Nyla Rose almost became the AEW Women’s Champion at All Out, but Riho was able to defeat the Native Beast. The fact that Rose is transgender has created some controversy about AEW’s agenda for pushing her. That was quickly shut down during Starrcast IV.

Brandi Rhodes said that people can have their opinions about Nyla Rose, but it doesn’t matter. Nobody is listening to the negativity and they can’t take anything away from her ability in the ring.

“If you wanna say that somebody belongs or they don’t belong, that’s on them. If you wanna spew that bullsh*t into the world, go right ahead no one’s listening to you.”

“You can’t take away from a competitor that they’re a good competitor because you don’t like something about them. She’s good.”

Dustin Rhodes followed this up by discussing some big plans that AEW has for Nyla Rose. She is “here to stay” and doing excellent. Then he addressed those fans who still don’t want to accept her.

“Nyla Rose is doing excellent, okay? And there are people out there that are doing what they do, well they can shove that stuff up their ass. Because this is AEW and we are different and we are here to put on the best possible show each week that we can with all walks of life and we’re doing it every single week.”

“Nyla Rose, the Native Beast is here to stay and you’ve just begun to see her and we’ve got some big things planned for her.”

Nyla Rose hasn’t made much of an impact on Dynamite yet, but her story is just getting started. We’ll have to see what AEW has planned for her next, but it sounds like they have something exciting planned.