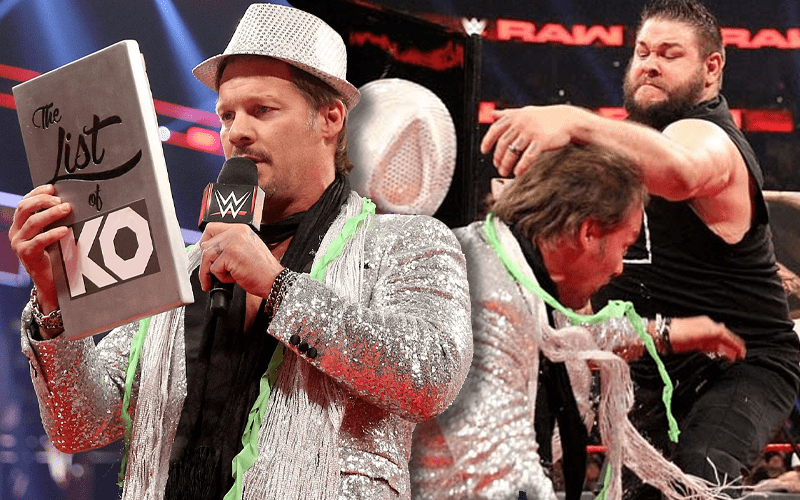 Chris Jericho and Kevin Owens were best friends on WWE television three years ago. They had a great time with the Chris and Kevin Show, but all good things must come to an end.

On February 13th, 2017 Kevin Owens ended his friendship with Chris Jericho. This all went down during an elaborate Festival Of Friendship.

Jericho had to fight with Triple H backstage to get it done, but it happened as Y2J planned.

Kevin Owens didn’t mention the Festival Of Friendship by name, but he did tweet out: “How come my name’s on this?” That is what Jericho said when discovering that his name was on The List Of KO.

You can check out the famous segment below. Owens vs Jericho was supposed to be the Universal Title match at WrestleMania that year, but Goldberg’s return caused a big change of plans.