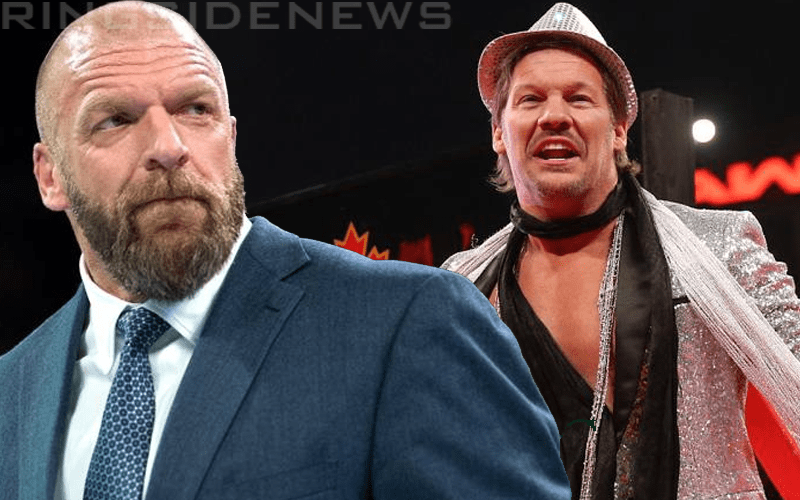 Chris Jericho has been through many WrestleManias, but after leaving for AEW he might be blackballed from WWE. One match he didn’t hate was his contest with Kevin Owens, even though Vince McMahon despised it.

While speaking to Inside The Ropes, Y2J discussed his past WrestleMania matches and how they rank. He’s only been happy with a very small percentage of them due to all of the expectations involved. His feud with KO wouldn’t have been the same without the Festival of Friendship, but Jericho revealed that he had to fight for that one too.

Jericho said that he was only happy two maybe two of his Mania matches being his feud against Shawn Michaels and the ladder match he was in which CM Punk eventually won.

Jericho said he and Kenny Omega could feel the crowd’s energy in the Tokyo Dome which is the only time he’s worked a dome show where he could “feel the people and they were f*cking into it, you could tell.”

He said the build-up for the Kevin Owens match was one of the best programs of his career and the Festival Of Friendship went from a David Lee Roth music video to the Red Wedding on Game Of Thrones, “and that’s what we had.” Triple H apparently had other ideas.

“One of the best segments in Raw history people say and I had to fight for that. Vince was not there that week. All the stuff we agreed on was changed and I had to fight back and f*cking me and Triple H were not in a good agreement. He was like ‘You’re wrong’ and I was ‘You’re wrong’ — ‘It’s my segment’ — ‘It’s my show’ — ‘It’s not your show it’s Vince’s show, blah, blah, blah.'”

He said that Triple H texted him later on to admit that the segment went great. Jericho got his way when it came to the Festival Of Friendship, but when his WrestleMania match against Kevin Owens was over Vince McMahon could have been more thrilled about it.