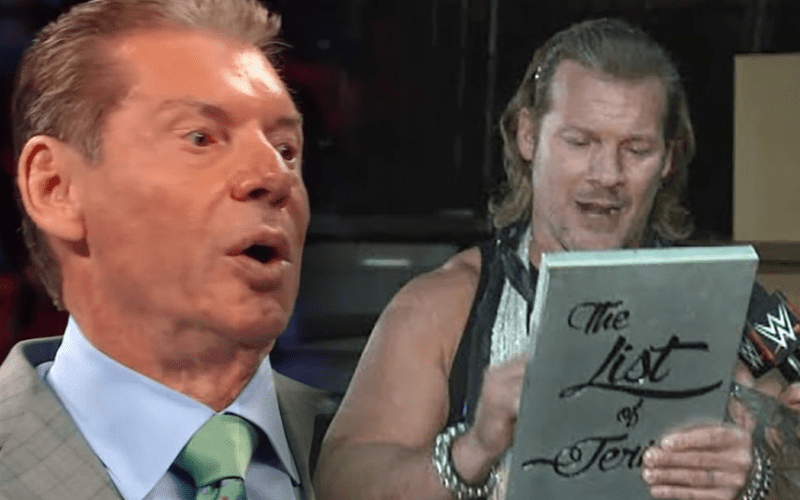 Vince McMahon’s creative direction is something that only he can explain. This has become a point of contention recently, but it’s really always been an issue.

Chris Jericho enjoyed his feud with Kevin Owens that ran up to WrestleMania 33. However, Vince McMahon didn’t seem to agree. Oddly enough, that match was slated to be a title match and would main event the show of shows in an original draft of WrestleMania.

As Chris Jericho explained to Busted Open Radio, McMahon’s direction changed after he was told that Y2J vs KO would be for the WWE Title. That did not pan out because McMahon changed the match to Goldberg vs Brock Lesnar without telling him.

“What else could I do in WWE? If I went back tomorrow, I probably restart the feud with Kevin Owens. To be honest with you, the feud that I had with him in 2016 was probably the best thing on the show. And where were we at WrestleMania? Second on the card. It’s the same thing that happened in WCW.”

“I can’t get any higher than where I’m at. Even though I’d been to the top, if you can’t put Jericho and Owens in the semi-main event at WrestleMania, especially when at one point, it was slotted to be the main event.”

“In the eyes of the old man [Vince McMahon], a main event is a main event. From a business perspective. I’ll take first over anything. Second is, to me, not a filler spot, but it’s a spot where you get your 15 minutes. To be on second, with this angle that we had, when it was designated at first, I was told by Vince, ‘You’re gonna win the World Title from Kevin Owens in the main event of WrestleMania.’ Three days later he changed it to Brock vs. Goldberg and didn’t tell me.”

You never know what the reasons could be behind a creative change in WWE. However, the buck usually stops with The Chairman. It might have been nice to see Y2J vs KO as a WrestleMania title match, but that obviously didn’t happen.

If Jericho returned to WWE tomorrow he would obviously like to start his feud with Kevin Owens back up. However, with his current AEW contract that is not going to be a possibility for at least a few more years.