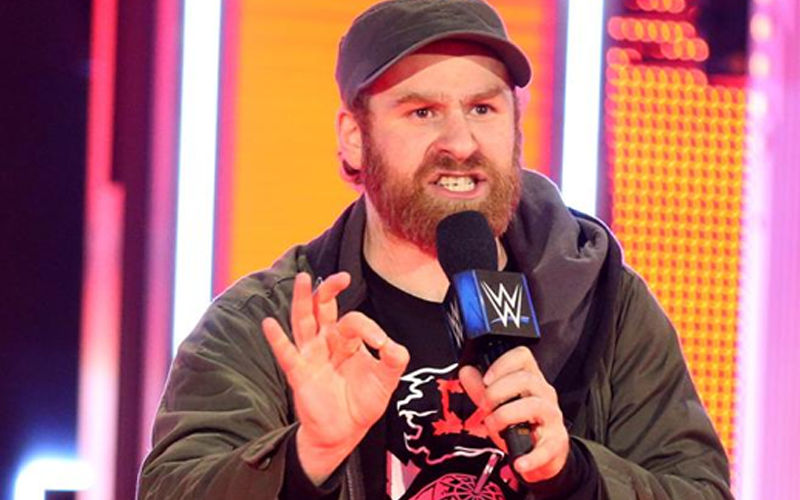 Sami Zayn is a former NXT Champion, but right now he’s not wrestling very much. He leads Cesaro and Shinsuke Nakamura to the ring on a weekly basis and works the microphone to hype their angles.

The reason that WWE isn’t having Sami Zayn wrestle is a bit unclear. Dave Meltzer confirmed that Zayn is not injured. The company simply placed him in this non-wrestling role on television. The plan is not to keep him in a non-wrestling role.

Sami Zayn does have history with injuries, so any period of time where he doesn’t have to take bumps is going to be good for his career.

He has worked matches at live events since starting at Shinsuke Nakamura and Cesaro’s mouthpiece. He hasn’t worked very much as you can see a list of his most recent matches below. The last time he wrestled in a singles match was in October against Murphy. He’s only wrestled twice this year in 6-man tag team matches.

Since we’re on the road to WrestleMania, WWE apparently didn’t want to switch up Sami Zayn’s role. He is very likely to wrestle once again on television, but right now the company is utilizing a different portion of his skill set.