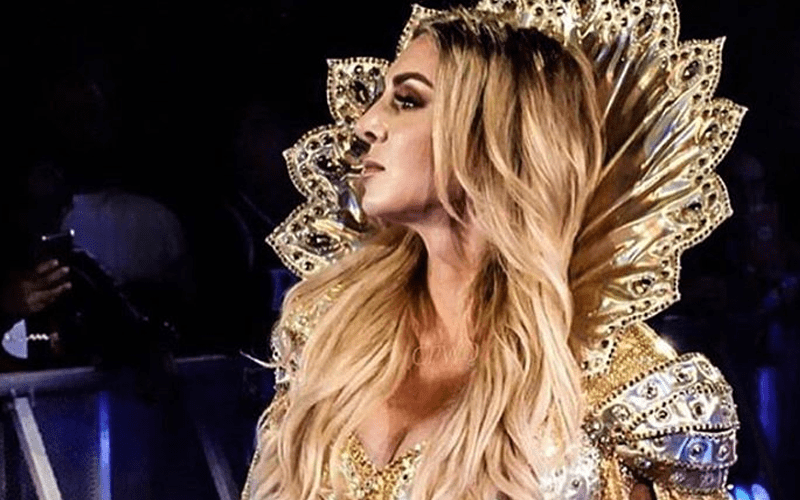 There was a reason for CM Punk saying The Rocks’ daughter Simone Johnson needs to talk to Charlotte Flair. The Queen can understand what Johnson is going through like nobody else.

Having a famous father is never easy. Charlotte Flair had to prove herself in a big way and work even harder to make a name for herself after The Nature Boy blazed the trail. Flair’s build to WrestleMania 35 certainly got a ton of attention as she shared the spotlight with Ronda Rousey and Becky Lynch.

Charlotte Flair was recently a guest on The Herd where she was asked about the backstage resentment she might have faced. She didn’t sense any kind of resentment for the attention that the women received going into WrestleMania last year. If anything, it raised the bar for everyone.

“I didn’t sense resentment. If anything, I think we raised the bar for the men as well, like having competition. I was never raised to think that I couldn’t do what men could do. So, when I started at WWE, I just wanted to prove how athletic I was. It was more of the chip on my shoulder of being Ric Flair’s daughter.”

“It’s just… OK, I have to work harder than everyone, male or female, and then I think the boys actually were like, ‘Wow, the girls are really digging it.’ And then the guys that have little girls are like, ‘OK, we want to bring our little girls to the show and see what you can do.’ I didn’t sense resentment.”

Charlotte Flair seems ready to take on Rhea Ripley at WrestleMania this year. Ripley needs to get through Bianca Belair at NXT TakeOver: Portland first. As Flair continues to work hard there is no doubt that more big opportunities are bound to come around regardless of who her father is.