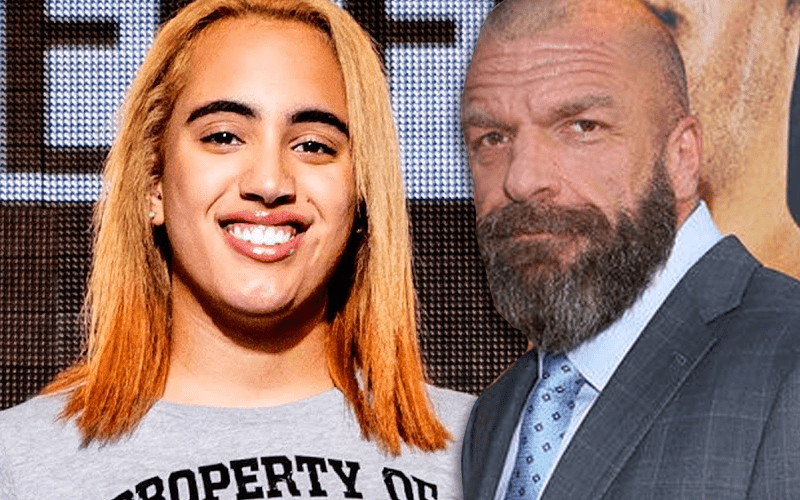 WWE signed The Rock’s daughter to an NXT contract and she started at the Performance Center this week. A lot of people have commented about Simone Johnson’s signing as she’s just starting her journey to become a WWE Superstar.

During a conference call to promote NXT TakeOver: Portland, Triple H was asked about the recent signing of Simone Johnson. She has a lot of people paying attention to her and is one of the biggest signings to NXT in a very long time.

The WWE COO echoed what CM Punk said about Simone Johnson during WWE Backstage. Simone Johnson is in a very similar position that Charlotte Flair was. CM Punk suggested that Simone speak to Charlotte because The Queen can certainly understand what she is going through.

Triple H said he doesn’t envy the position that Johnson is in because of the expectation on her. He also went on to say that they didn’t sign her just because she’s The Rock’s daughter. She displays a passion for the pro wrestling business and has been able to learn, but nothing is guaranteed.

It was said that Simone Johnson’s spot in NXT can be lost just like everybody else. We’ll have to see what is in Simone Johnson’s future, but she certainly got off to an attention-grabbing start.