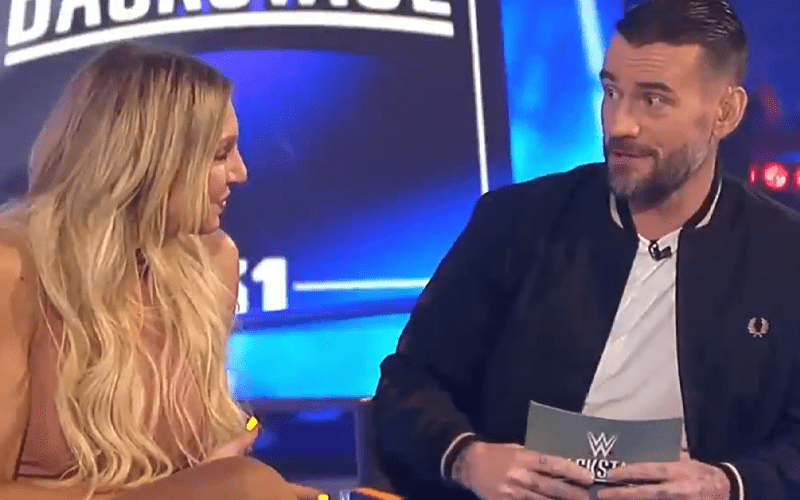 Simone Johnson, The Rock’s daughter signed with WWE and officially started at the WWE Performance Center this week. There are a lot of people pulling for Johnson, but everyone is interested to see what she is able to do.

During WWE Backstage, CM Punk discussed The Rock’s daughter signing with WWE. He said that there is no better person to provide her with advice other than Charlotte Flair who happened to be a guest on the show this week.

“The only person I think Simone Johnson can relate to is you [Charlotte Flair]. Somebody who is the daughter of a living legend, that comes in, now she’s signed to NXT, and I think you could be a tremendous help to her. So, if you had any advice to her, what would you say?”

Flair replied saying that it’s not easy to follow in your family’s footsteps, especially when there are such big shoes to fill. Some parts are easier, but there are also a ton of things along the way that will make it even more difficult.

“It’s not easy. A lot of people are gonna think it’s easy, and in some ways it is easier, like, you grew up around the business, people know your dad, they know your family. But there comes a lot of criticism and do I trust him? Do I trust her? Favoritism, not favoritism? Is my dad coming too the how? It’s a lot, and you just have to block out the noise, and stay true to you, and you have to work twice as hard, and you can never take anything for granted.”

Simone Johnson seems to be off to a good start. She is appreciative of her spot at the WWE Performance Center. Johnson is also said to be grounded and very open to instruction. Hopefully, those tools and the natural ability she possesses will see her doing big things in WWE very soon.