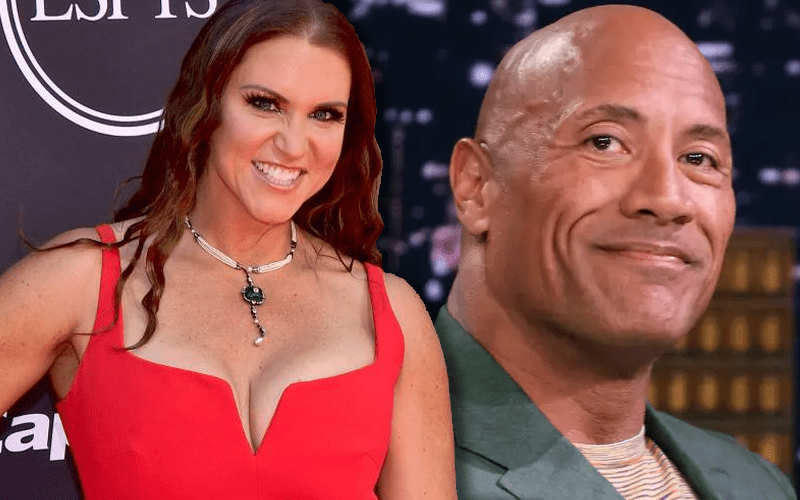 The Rock doesn’t wrestle very much anymore. His Hollywood career and numerous on-going projects make it very hard for him to carve out the time in his schedule needed to compete in the ring. That won’t stop WWE from trying.

While Stephanie McMahon spoke to the press at the WrestleMania 37 press conference, she was asked if The Great One is a possibility for the show of shows next year.

McMahon replied saying that they’re always talking to Dwayne Johnson about coming back. Sometimes it works, but often times it apparently doesn’t. Let’s see if WrestleMania’s return to Hollywood might be enough to convince The Rock to lace up his boots once again.

“We’re always talking to Dwayne “The Rock” Johnson and hoping he’s going to come back. Sometimes it pans out, sometimes it doesn’t, but we’re always talking. I think The Rock is the perfect example of what happens when WWE and Hollywood come together, so I hope that he’ll be a part of it but I can’t promise anything.”

Roman Reigns also tried to convince The Rock to make a Mania return for a match next year. The Rock’s name will likely come up several times as we approach WrestleMania 37 next year. Only time will tell if anything comes of it.