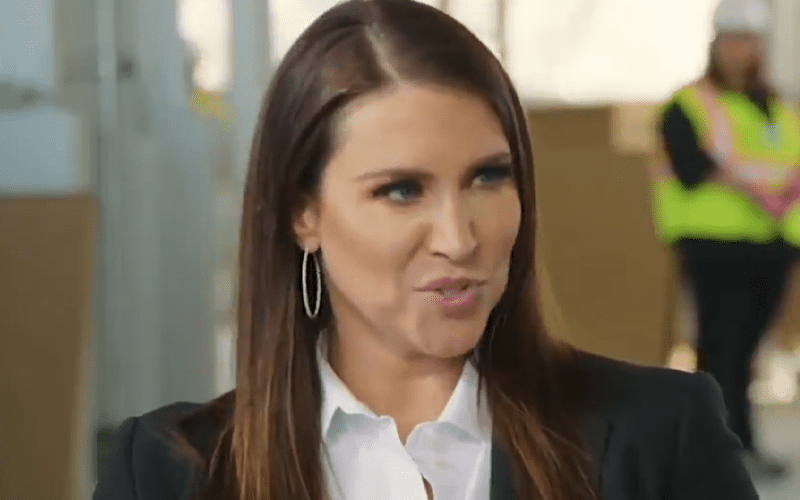 Money In The Bank is now a yearly pay-per-view event. It started as a special match at WrestleMania, but if it wasn’t for Stephanie McMahon that match concept might have never gotten off the ground.

As she spoke to Renee Young on WWE Backstage, Stephanie McMahon revealed how she stepped up and helped put a piece of WrestleMania 21 together. It was a big piece as she approved the first-ever Money In The Bank ladder match.

“Right before WrestleMania 21 which we called ‘WrestleMania Goes Hollywood,’ my dad actually tore both his quads at the Royal Rumble, so he was not able to come to TV. I had to step in and help fill that role. I remember the pitch meeting when all of the competitors in the Money In The Bank match were actually pitching me after the show and they were saying, ‘This is the idea, this is what we wanna do and we wanna do it at WrestleMania.’ So, that’s the Money In The Bank story with a little extra flavor.”

Vince McMahon was able to make it back to work after his quads healed up a bit. Stephanie McMahon could have changed WWE History forever if she would have rejected the Money In The Bank idea in that first pitch meeting. It’s a good thing she was willing to hear them out.