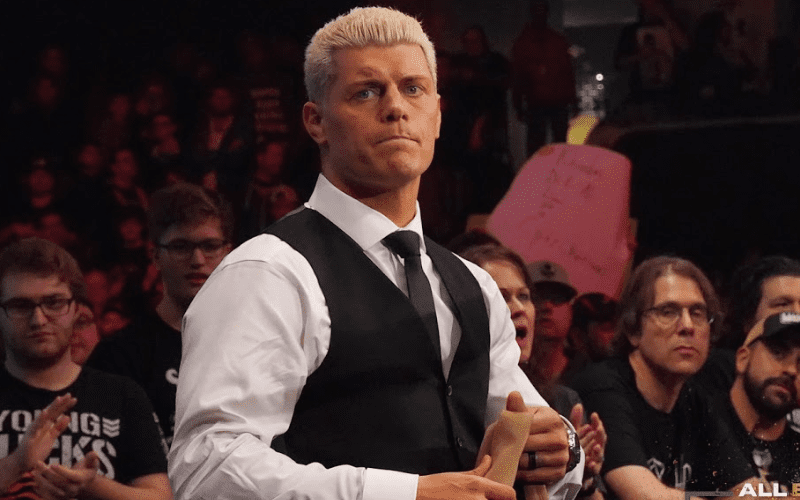 AEW has three titles, but the idea of a mid-card title is still something that AEW fans are continuing to ask for.

While speaking to Wrestling Observer Radio, Cody Rhodes said that they have an idea, and it’s a different one. Rhodes said that he can’t just say that AEW is introducing a mid-card title because “Nick Jackson would superkick my skull clean off my head.” It is an idea they are working on.

Rhodes explained that he hopes people remain patient and they continue to want the new title in AEW. He went on to say: “I think [it] will be satiated in 2020.”

He said “that’s obviously on the table.” They also wonder which title fans want first. Women’s Tag Titles and a Television Title all seem to be eventual options.

AEW has a ton of talent and they only have a few hours a week on television. A mid-card title would give them something to do, but it’s not coming immediately.