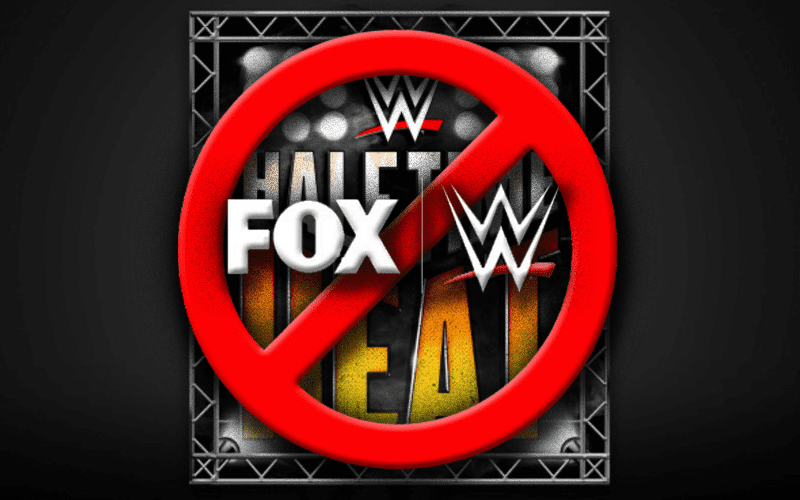 WWE used to bring fans Halftime Heat during the Super Bowl. Fans could tune over during halftime of the NFL’s biggest game of the year and catch some WWE action. They brought the idea back last year for NXT, but they didn’t follow it up in 2020.

During the conference call to promote NXT TakeOver: Portland, Triple H discussed the fact that WWE’s deal with Fox made it hard for them to produce Halftime Heat. It makes sense, but WWE’s big money deal with Fox kept them from creating competition on a rival network.

“No, we kinda knew the Super Bowl was coming. You know it’s kinda tough to tell Fox when they’re your partner — ‘You know what we’re gonna do? We’re gonna sway people over from the halftime show and get them to watch the halftime heat show… it’s a little different from the year before when they weren’t our partner.”

“It was also a moment in time when people were clamoring about the halftime show not being what they wanted to see. So the timing of it was right. This year… would I love to do it? Sure, the timing didn’t work out this year.”

Triple H also said that he’s glad they didn’t do Halftime Heat this year because they had a “crazy spectacular” halftime show with Shakira and Jennifer Lopez.

He also spoke about being in attendance for Super Bowl LIV and how impressive the entire halftime show was as they converted a football field into a rock stadium.

Fans could possibly see a return of Halftime Heat in the future. It likely won’t be happening as long as WWE has a deal with the network airing the big game.