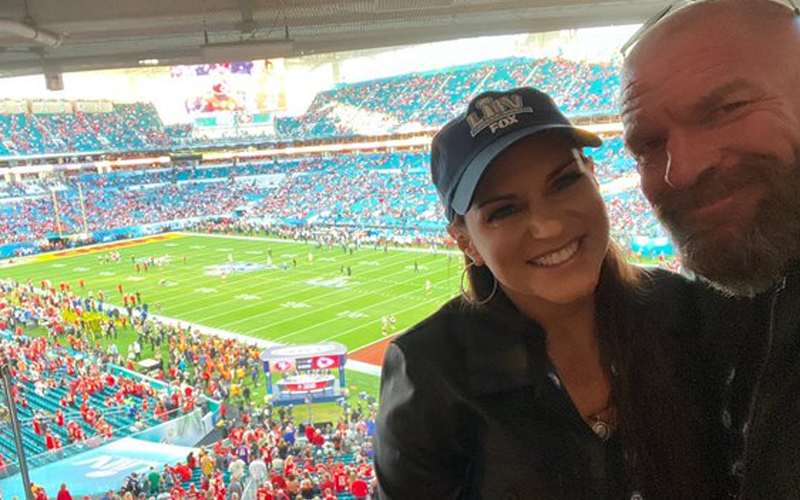 Super Bowl LIV is tonight and some of the biggest names in sports and entertainment are in one stadium. That includes WWE CBO Stephanie McMahon and WWE COO Triple H.

The Game and Billion Dollar Princess had some good seats for the big game too. They’re not as close to the field as Cody and Brandi Rhodes, but it’s not a competition, is it?

Stephanie McMahon seemed excited for the game even though her favorite team the New England Patriots is sitting at home.

You can check out the pictures below to see how WWE’s biggest power couple spent Super Bowl Sunday.