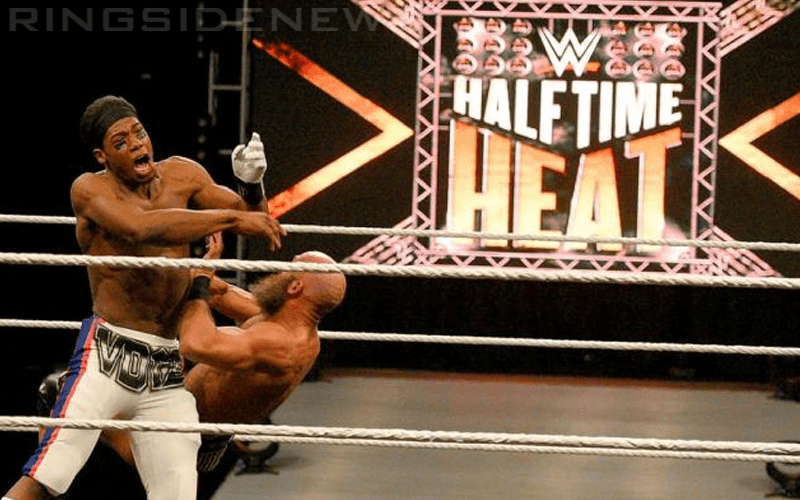 WWE Halftime Heat consisted of six NXT Superstars on the top of their game. They battled during halftime of the Super Bowl this year and they had a lot to live up to after the empty arena match between The Rock and Mankind.

Ricochet, Velveteen Dream, and Aleister Black won a high-spot heavy contest against Tommaso Ciampa, Johnny Gargano, and Adam Cole. They have a lot to be proud of while performing in front of that unique crowd, but now they have one more thing.

“It’s official, #HalftimeHeat is the most watched match in @WWENXT history.”

We out here showing the world why #NXT is the best in the game!

Mind you he said “NXT history,” but that’s still an impressive accomplishment. The YouTube video of just their match has 255,000 views as of this writing, but this match was available on many other platforms. That is very good considering how low their live numbers were.