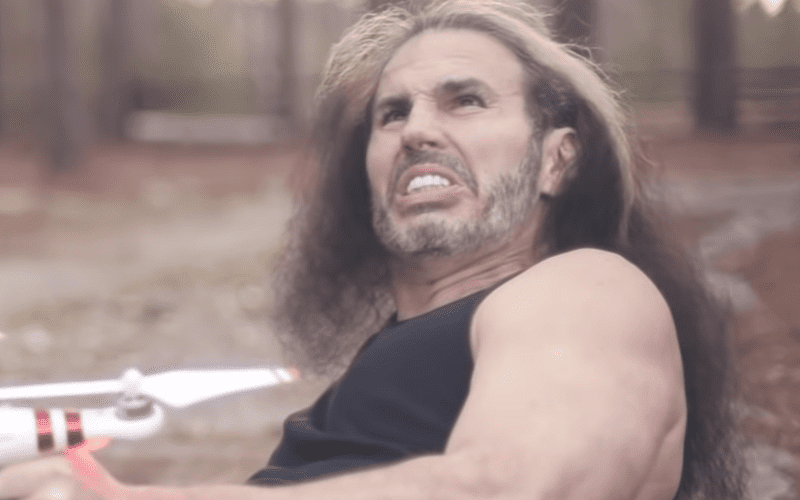 Matt Hardy showed up on WWE RAW this week. It didn’t end well for him and now it is reported that he was written off of television with a conchairto from Randy Orton.

During the latest episode of Free The Delete, Matt Hardy found himself in a woods with Vanguard 1. It sounded like Matt Hardy started to say that he’s the Exalted One several times before he finally said he was exhausted. The voice he used was also very familiar and close to the same one the Exalted One uses in the Dark Order videos.

This was a very interesting video from Matt Hardy. At the very end, he picked up the phone and was calling someone. We don’t know who he wanted to talk to, but Hardy asked “Is he there,” right before the video ended.