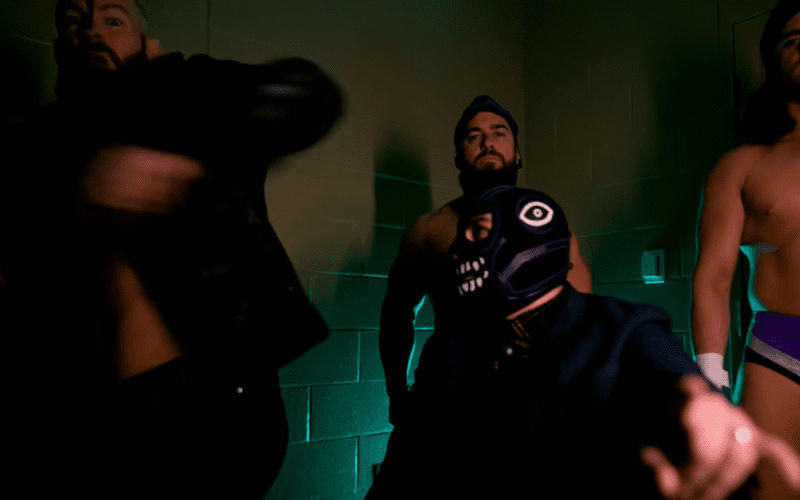 AEW did not need the attention that one phantom punching creeper gave to them.

The Dark Order closed out Dynamite with a segment that is now infamous where one creeper mounted Dustin Rhodes and started throwing punches that did not land at all. This soon became a favorite topic on the IWC. Now the problem has been taken care of.

In a recently released video Evil Uno is shown talking to the Exalted One. If Marty Scurll didn’t sign with ROH he would have already been revealed as The Dark Order’s leader. Now we have no idea who Uno is taking orders from.

The Exalted One told Evil Uno to take care of this phantom punching creeper. That is exactly what happened. The video is not even two minutes long, but it is very intense as it takes a first-person view.

In the end, Stu Grayson took care of the phantom punching creeper.