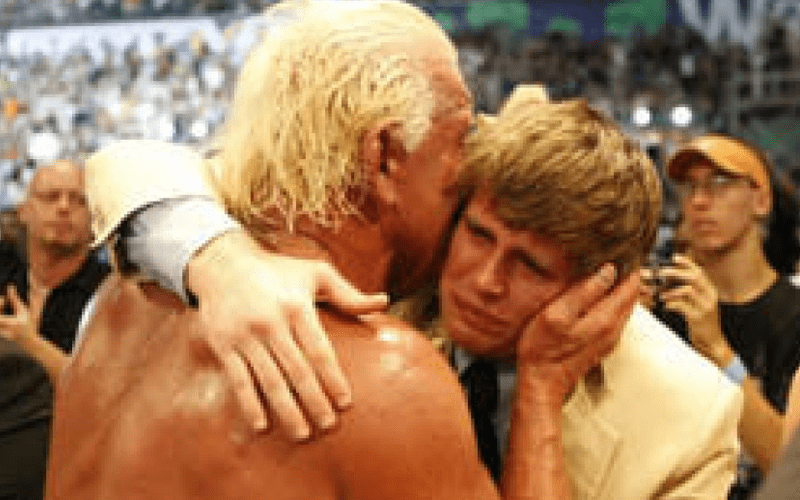 The pro wrestling business has plenty of sad stories in it. Reid Flair’s passing is certainly up there with one of the most tragic.

Reid passed away in 2013 due to a drug overdose. It was a time of shock and everyone mourned the loss, especially his father Ric Flair.

While speaking to Wrestling Inc, Ric Flair revealed something he never talked about before: the last text message he ever received from his son.

“I came back from Japan and I had a blood clot in my leg. They won’t let me leave the hospital but I said I have to leave as my son is only home for a couple of days. We were going on the road,” said Flair. “They released me to go to the doctor’s office and he put me on blood thinners.

“My son sends me a text, saying, ‘Dad what would this family be [without you]? You need to be here for all of us.’ And that night he died. I’ve never told anyone that story, except [my wife] Wendy.”

Reid Flair had a lot of potential, but personal issues and bad decisions seemed to follow him. Sadly, the final text message he ever sent his father was one advising against risky behavior when he died that night.