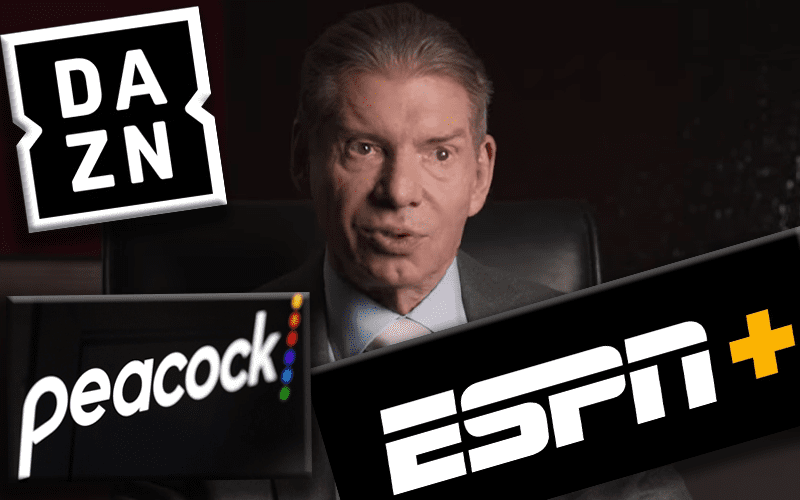 Vince McMahon made everyone’s ears perk up when he said that WWE was considering selling rights to events. Other major streaming services could be in the running to buy the rights to WrestleMania or any other programming.

Vince McMahon also noted that they are close enough to making a decision about this that it will be announced during this quarter if a deal is made.

Since Peacock isn’t set to roll out until April 15th that puts its launch after WrestleMania this year. It appears that this streaming service will have a $10 price point, but they won’t be ready in time for the show of shows this year.

DAZN could be a player for WrestleMania. It was noted that their “situation has changed due to how much money it lost so far with so many gigantic deals, particularly when it comes to boxing content.”

ESPN+ is one of the most likely homes for WWE programming if they start selling off rights. They have invested a lot of money. Then again, Disney announced losses of $693 million due to ESPN+, Hulu, and start-up costs due to the launch of Disney Plus.

We will have to see who might be interested in buying WWE’s rights, but it sounds like Vince McMahon is in the market to start selling.