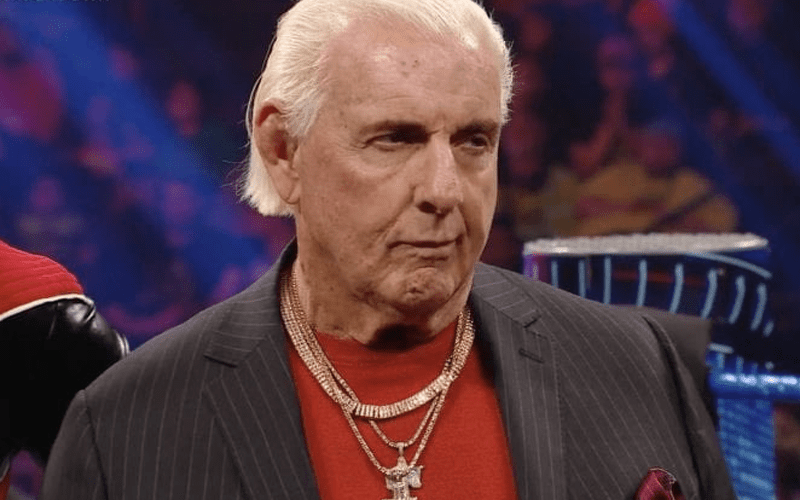 Ric Flair suffered a really bad health complication days before SummerSlam a couple of years ago. This was a scary situation and we almost lost The Nature Boy.

Flair is still stylin and profilin’ but he had to overcome a lot. The Wrestling Observer Newsletter noted that Ric Flair was on the Chris Jericho Cruise and he was quite candid on the voyage.

It was said that Flair tried to stop drinking, but he eventually gave up on quitting. Another very interesting thing that Flair disclosed how much of his memory was wiped out during his health crisis.

One thing that I don’t know how much he’s talked about is that after the bad health scare, his memory was wiped clean and he had to learn how to talk, learn how to walk, etc. He got his memory back except for a few weeks that he never got back.

We’re very glad that Ric Flair is feeling good right now. He’s making the most out of life and we’re happy for him. Hopefully, it will be a very long time before he scares us with another health crisis.